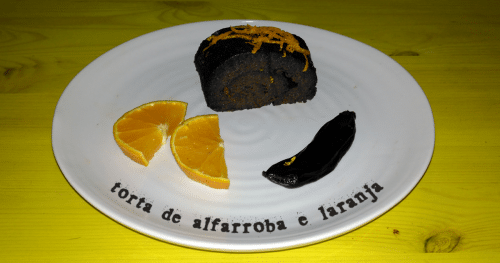 President of Portugal Aníbal Cavaco Silva was widely seen as having launched a savage criticism of the Government’s policies on the day he officially assumed his second term in office on Wednesday.

In an acceptance speech termed “cruel” by the ruling PS party and “proof of rupture” between the Government and the Presidency, by analysts, the President later complained on his website that the words in his speech had been “distorted and misrepresented”.

But commentators and politicians alike agreed that it was the most controversial presidential speech since the April 25th 1974 Revolution.

In it, he called on the Portuguese to wake up from their lethargy and young people to make their voice heard.

Cavaco Silva said it was the President’s role to define guidelines and direction over economic matters. At the same time, he promised to be a “moderating, impartial and balancing element” for political tensions.

There then followed what he called “a speech of truth” about a “situation of economic, financial and social emergency” before launching a strong criticism on the past 10 years – “the lost decade.”

The economy had grown, he said, by only 0.7% a year on average so that Portugal had drifted “further apart from her European partners”.

Unemployment, which had hit 600,000, had got worse in the past two years while Portugal’s external deficit “remained at high levels of around 9%”.

State financing had been done on the back of external loans and taxes which were “abnormally high”.

The one-time PSD prime minister, who had embarked on widespread motorway building in the 1990s on the back of EU funding, then attacked the Government’s public policies stating that it needed to encourage policies that supported producing more goods at competitive prices that could be sold abroad.

Cavaco Silva said that savings had to be stimulated while brakes had to be put on the “indiscriminate granting of credit and loans”.

Structural reforms were necessary to reduce public expenditure and the excessive presence of the State in the economy while “strict and transparent” management was needed for the Government’s public accounts in addition to a “far simpler tax system”.

He suggested abandoning large-scale public works programmes such as the TGV which brought “little long-term benefit and employment”, a suggestion which caused a round of applause from the right-wing CDS and PSD benches in Parliament.

Cavaco Silva then turned on society. A civic leap was needed whereby the Portuguese woke up to the necessity of a stronger civil society who was more independent of public powers, he said. In other words, he was stressing that the Portuguese people couldn’t rely so heavily on the State for employment and the social security safety net.

The speech immediately caused strong reactions, with the PS party’s chief whip in Parliament, Francisco Assis, calling it a “cruel speech” which did not represent all the Portuguese but was a “sectarian and political speech”.

Paulo Portas, leader of the right-wing CDS-PP praised the President’s reading of the nation as “strong and truthful” and “addressing the questions that needed to be addressed”.

On the same afternoon that a vote of no-confidence in the PS government was presented in Parliament by the left-wing Bloco Esquerda and was defeated by the CDS-PP and PSP parties, Prime Minister José Sócrates made it clear that it was the “Government’s role to govern and the President’s role to preside” and not interfere with the Government’s activities.