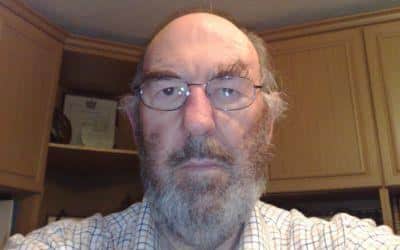 President of the Wolf Valley Charity Fund (WVCF) Brian Smith has agreed to sacrifice his beloved beard for the benefit of the fund during the 10th annual charity day to be held tomorrow (Saturday).

Brian shaved his beard off 50 years ago at the request of his then fiancé, and now wife, Rika but has recently allowed it to grow back, prompting calls by his wife for it to be removed for charity.

Peter Dellicompagni will be wielding the clippers in the ceremonial shaving to take place at 3pm opposite Spikes Restaurant in Vale do Lobo, and so far more than 800 euros has been raised by those eager to see the naked face of Brian Smith!

Diet and fitness guru Rosemary Conley is expected to be one of those watching as Brian has his beard removed before she prepares herself for the role of auctioneer at the gala dinner later that evening.

The charity day, organised by the WVCF, takes place at Vale do Lobo with a golf competition on the Royal and Ocean courses followed by a tombola, raffle, wine tastings and book stall.

In the evening there will be a gala dinner and dance in the Vale do Lobo auditorium, with a charity auction.