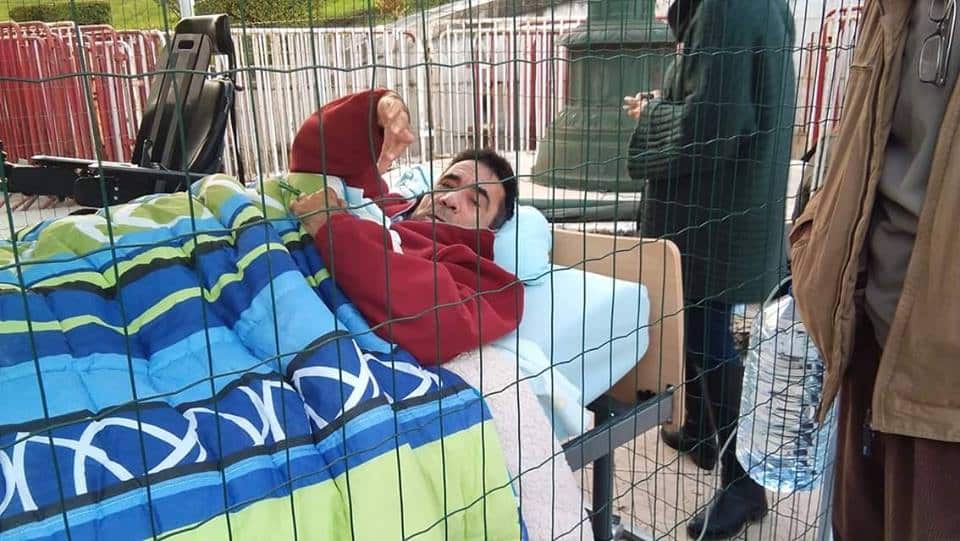 Brave tetraplegic Eduardo Jorge spent Saturday night outside parliament, in freezing temperatures, to protest against what he views as thoroughly unfair policies for care of the disabled in Portugal.

Jorge planned to remain at his post, on hunger strike, to shame politicians until Tuesday.

He lay in a bed surrounded by a form of ‘metallic tent’ from Saturday mid-afternoon.

On Sunday night, President Marcelo turned up unannounced and unprogrammed in the company of the Secretary of State for Inclusion (herself registered blind) to talk to him.

It’s not known what the president or Ana Sofia Antunes said, but shortly after the visit, Jorge and his supporters packed up and went home.

Nonetheless, the protest served to highlight iniquities within care alternatives for the permanently disabled.

Jorge’s argument is that he would like the money spent on keeping him in an institution given directly to him so that he could remain in his own home with a permanent carer.

Right now, this does not happen – hence so many old and infirm people are forced to give up their homes and go into government-subsidised accommodation, very often against their wills.

The only political party to take up Jorge’s fight so far has been Bloco de Esquerda whose Catarina Martins visited the 56-year-old early on Sunday and told reporters that it is “absurd to deny handicapped people the right to choose how they live” – particularly when they may have the wherewithal to continue working if given the financial support they need.