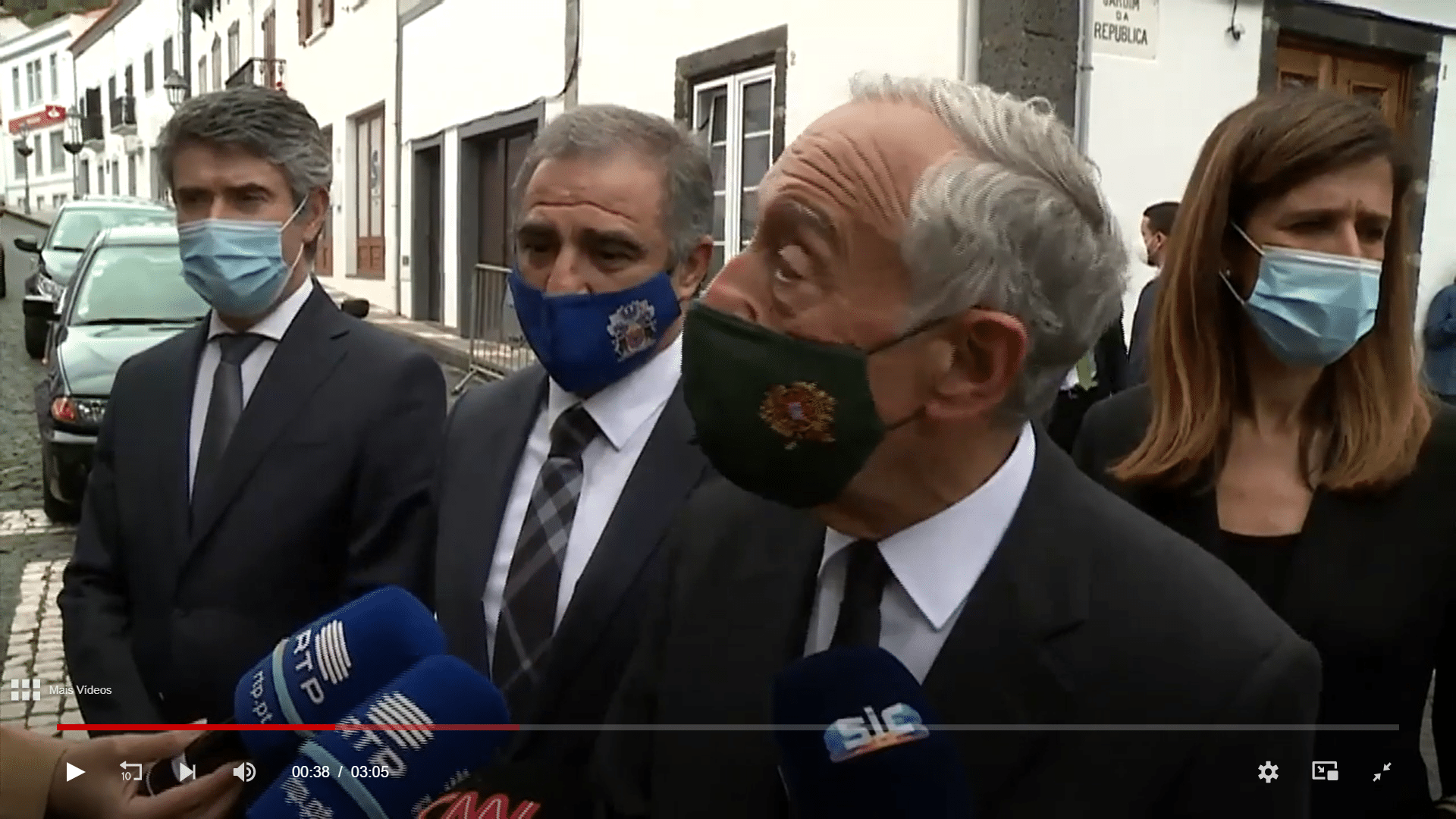 São Jorge has been in ‘seismo-volcanic crisis’ since March 19

President Marcelo returned to São Jorge island in the Azores yesterday on a second mission to ‘transmit tranquility’ to the population that has been living in the grips of a seismo volcanic ‘crisis’ since March 19.

Reports late March suggested the crisis could have led to an eruption similar to that which devastated huge swathes of La Palma island, in the Canaries, late last year. But since then, albeit ongoing, the crisis has not shown signs of worsening.

President Marcelo first visited the island on March 27. He said at the time that he would be back for Easter.

Thus, in the company of various political figures, including the minister for internal administration José Luis Carneiro and his secretary of state Patrícia Gaspar, the president stayed overnight in Velas, the town that has suffered the worst during the crisis.

“The message I write is firstly that (regional government’s handling of the crisis) went well. I came here to show that there were reasons for it to go well, and it did, and people – a lot of them – understood that and have returned…”

Tourism however is fundamental for São Jorge, as it is for the whole chain of Azorean islands. And that’s what Marcelo’s visit was about – showing tourists that it is also safe to return.

This far, the island which has been built on ‘fissural volcanism’ associated with the plate tectonics of the mid-Atlantic ridge, has registered more than 28,500 quakes since the start of the crisis (known in volcanology as a seismic swarm) – though only a fraction of those quakes have been felt by the population (around 250).

The island nonetheless remains at alert level V4 (on a scale that ends with V6: eruption in progress).