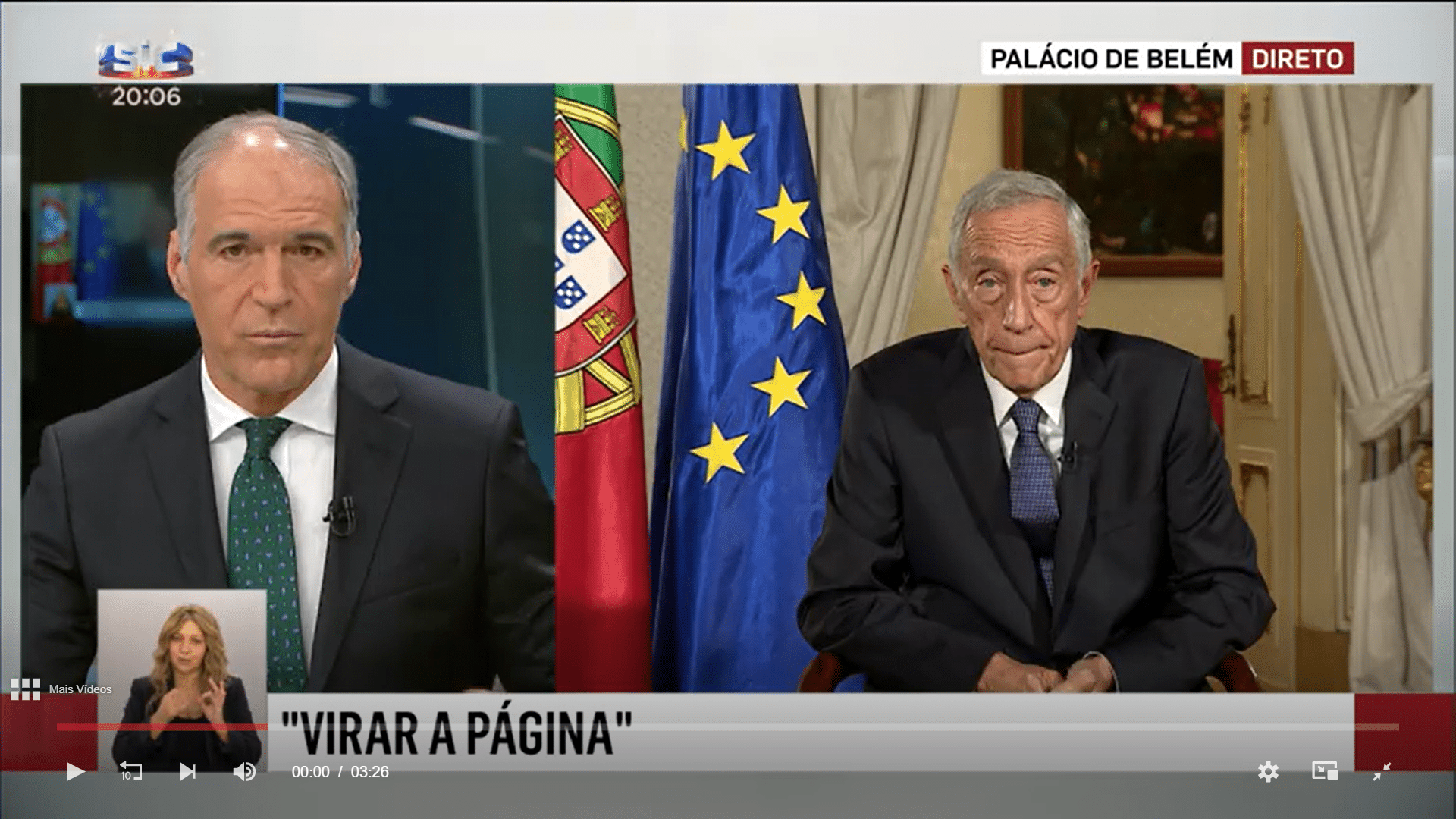 Critics have wasted no time ‘tearing into’ President Marcelo’s New Year’s message to the nation.

Only given this evening by a visibly tired-looking head of state, within minutes SIC had Expresso journalist Ricardo Costa in its studio pointing out the weak points.

The overriding message was that 2022 was the year to “turn the page” on Covid and “beat the pandemic”.

But as Mr Costa pointed out people needed to hear so much more. For instance, we are 30 days away from legislative elections with the spectre of “an absurd number of people” likely to be in isolation (due to the dizzying numbers of daily infections), and unless effective measures are put in place, these people will be unable to vote.

In a country marked by voter lethargy, this could be “very dangerous for democracy”, said Mr Costa.

Then there is the “enormous uncertainty” over how much the country will be allowed ‘back to life’ on January 10. Will schools be allowed to reopen? What form of isolation rulings will be in place? No-one knows…

“Marcelo Rebelo de Sousa should have called attention to the danger of a third academic year with breaks, in which people have to go home”, said Ricardo Costa.

Instead, we got “an intention” (of turning the page), in the vein of a New Year’s resolution like “going to the gym, or learning Mandarin”.

It was not the calibre of speech we have seen from the president in the past, he insisted.

To be fair, Marcelo did refer to school children, in the context that their futures have largely been “forgotten in order to give priority to the so-called at-risk groups”.

He spoke of “lives frozen (in time); lives cut short by the pandemic” and of the fact that the most affected have been the “poorest, the illest, and the handicapped”.

It certainly wasn’t an uplifting speech. But it did point to the next three months of winter as being “crucial” to ensure winter sees the end of the pandemic as we know it.

Fortunately, ‘expert opinions’ seem to agree that 2022 will see an end to the daily drama (click here).

Despite tens of thousands of new infections per day, numbers in hospital are still far from any established ‘red lines’, and Omicron does appear to be signalling the moment when the virus has lost its virulence (click here).

In the wider political sphere, Chega leader André Ventura said the speech “failed in the essential”, in that it did not identify those responsible for the political crisis that has taken the country to an early election (that may well prove inconclusive) and that it “focused too much on the pandemic”.

Iniciativa Liberal at least hooked onto the ‘time to turn the page’ message, taking this to refer to the chance electors have on January 30 to change Portugal’s political direction.

Main parties, PS and PSD interpreted the speech much more to their own advantage, stressing they would be the ones to turn the page come election victory on January 30.

If nothing else, the speech has created the perfect stepping stone from 2021 to the challenges ahead in the first month of 2022..