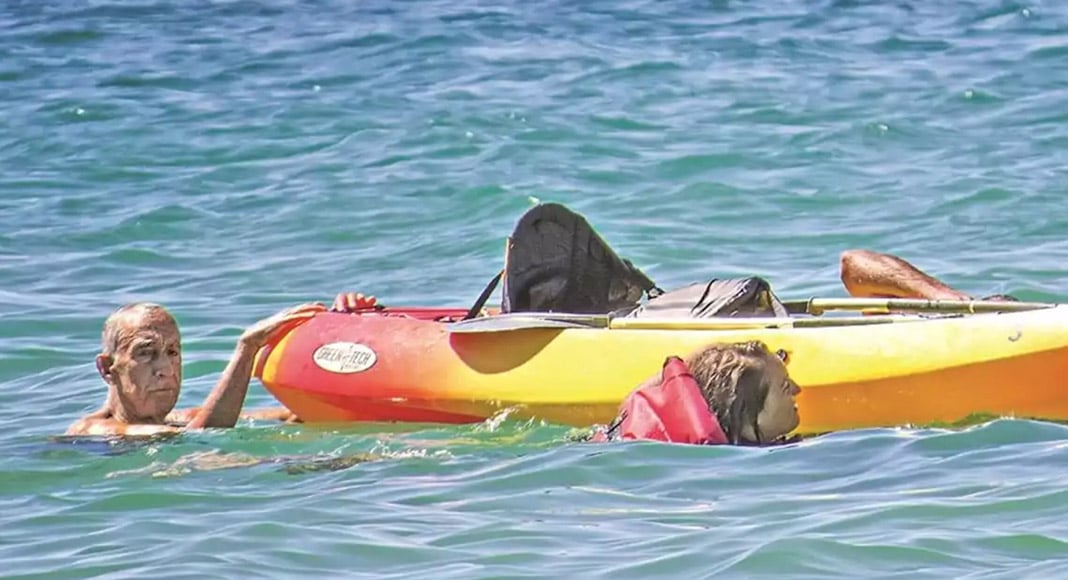 President Marcelo’s ‘Baywatch’ – style rescue of two young women whose kayak capsized and was being dragged by the current in Alvor last weekend has travelled the globe.

Reports today delight in headlines like: “Marcelo as lifeguard is news throughout the world”.

Even the BBC reported on the incident “Portugal president helps rescue two women in trouble at sea”.

And Australia’s ABC news seemed to get the best quotes of all, suggesting the president told journalists photographing the ‘drama’ from the shore that “To get out the kayak and then come to shore holding onto it”at the age the victims were “they are girls – is something hard to do.”

To be fair, the ‘rescue’ looked fairly calm and free of panic (click here).

But the fact that a 71-year-old ‘got stuck in’ in the way Marcelo did – without a moment’s hesitation – seems to have impressed everyone.

Reacting to the news on Twitter, DJ and producer Nitin Sawhney in UK said: “So the 71 Portuguese president is a godamn hero, personally swimming out to rescue people in distress. What would our government do? Probably send out our new “clandestine channel threat commander” to make the water “unviable”.

The Daily Mail, Associated Press, Le Parisien, even the African-Journal, carried stories and sun-soaked images with the gist morphing from Marcelo having ‘helped’ young women in difficulties, to the president having ‘saved them from drowning’.

All in all, for an episode that played out not far from the shore where battalions of journalists had only just been interviewing the Head of State, these were golden PR moments.

All media sources remarked on how Marcelo is spending his holidays this year “visiting different areas of the country to promote tourism”, particularly as Portugal “remains off the list of countries that the UK government has exempted from quarantine restrictions”.