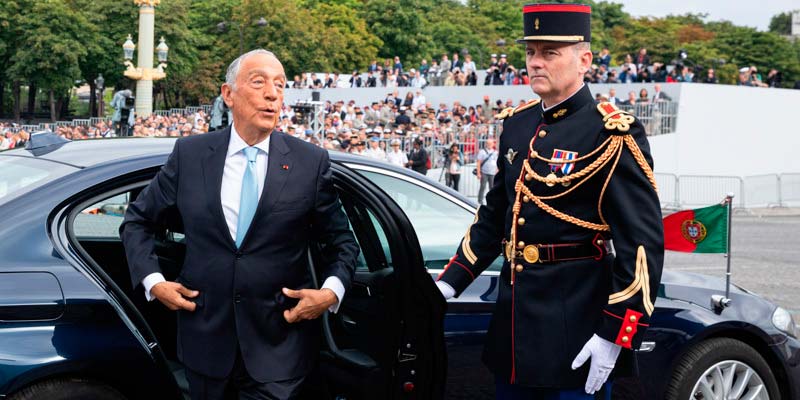 Marcelo said: “It’s good to have a solid nucleus” reinforcing defences, promoting dialogue with neighbouring countries “and making a bridge with the United Kingdom, which is very important” as intentions here are to “continue collaboration with Britain”.

But as for Macron’s dream of a European army, Portugal is not interested. Even though the theme of last Sunday’s Bastille Day celebrations was ‘the construction of a Europe of defence in connection with NATO’, Marcelo said that “one thing is a strong European presence in defence, another is a European army. At this moment, Portugal doesn’t countenance the issue of a European army”.

This puts Portugal in the same position as Austria, Malta, Ireland, Finland and Sweden – all of which have repeatedly claimed they remain “militarily non-aligned” despite Brussels increasing efforts to establish a common military response force.