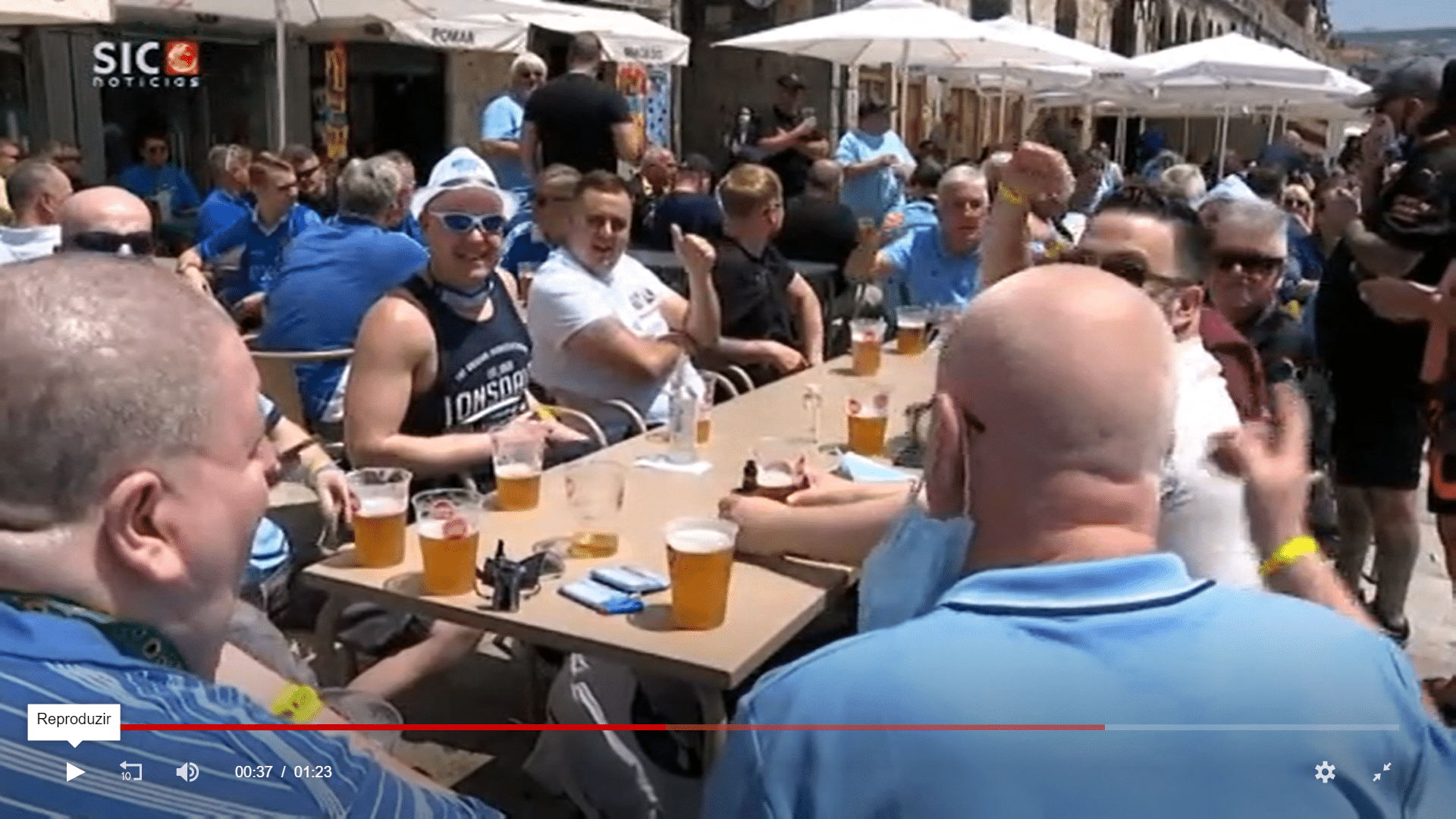 President Marcelo put into words this afternoon the mystification of the country over scenes emerging from Porto.

Hundreds of football fans have been partying in the streets ahead of the game this evening, very few (if any) exercising any of the precautions this and indeed their own country have been bound by for the last year.

As various business people in Porto have pointed out, the majority of these fans will not even have been vaccinated.

Clearly levelling his criticism at the government, Marcelo said: “We cannot be told that we have to obey the rules, that a limit is fixed and then that limit isn’t the right one, it’s another. It’s not possible to say (the fans) are coming in a bubble to attend a sporting fixture, and then there is no bubble. It’s just not possible…”

With the night ‘still young’ and the game now only in its first half, there is no telling what scenes will develop in Porto later this evening. Bars and restaurants will be closed, that is certain – but this did not stop ‘thousands’ of young Portuguese last night from gathering in one of Lisbon’s nighttlife districts, again completely ignoring all advice about mask-wearing and physical distancing.

After the Infarmed meeting yesterday in which experts seemed to be trying to push the country into further restrictions – despite the lack of pressure on the health service, the minimal serious illness resulting from positive tests, and the clear desire by politicians, and the president, to let life breathe again – there is the distinct feeling this weekend that people have just had enough with being told what to do and how to behave.

The lack of coherence with regard to events in Porto hasn’t helped. Said Marcelo this afternoon, “There is either one narrative or another, but there has to be a narrative and it has to match with reality because if it doesn’t there is concern, and there is criticism from the people…”

Whatever happens this evening and in the coming 24-hours “will be a lesson”, said the head of State.