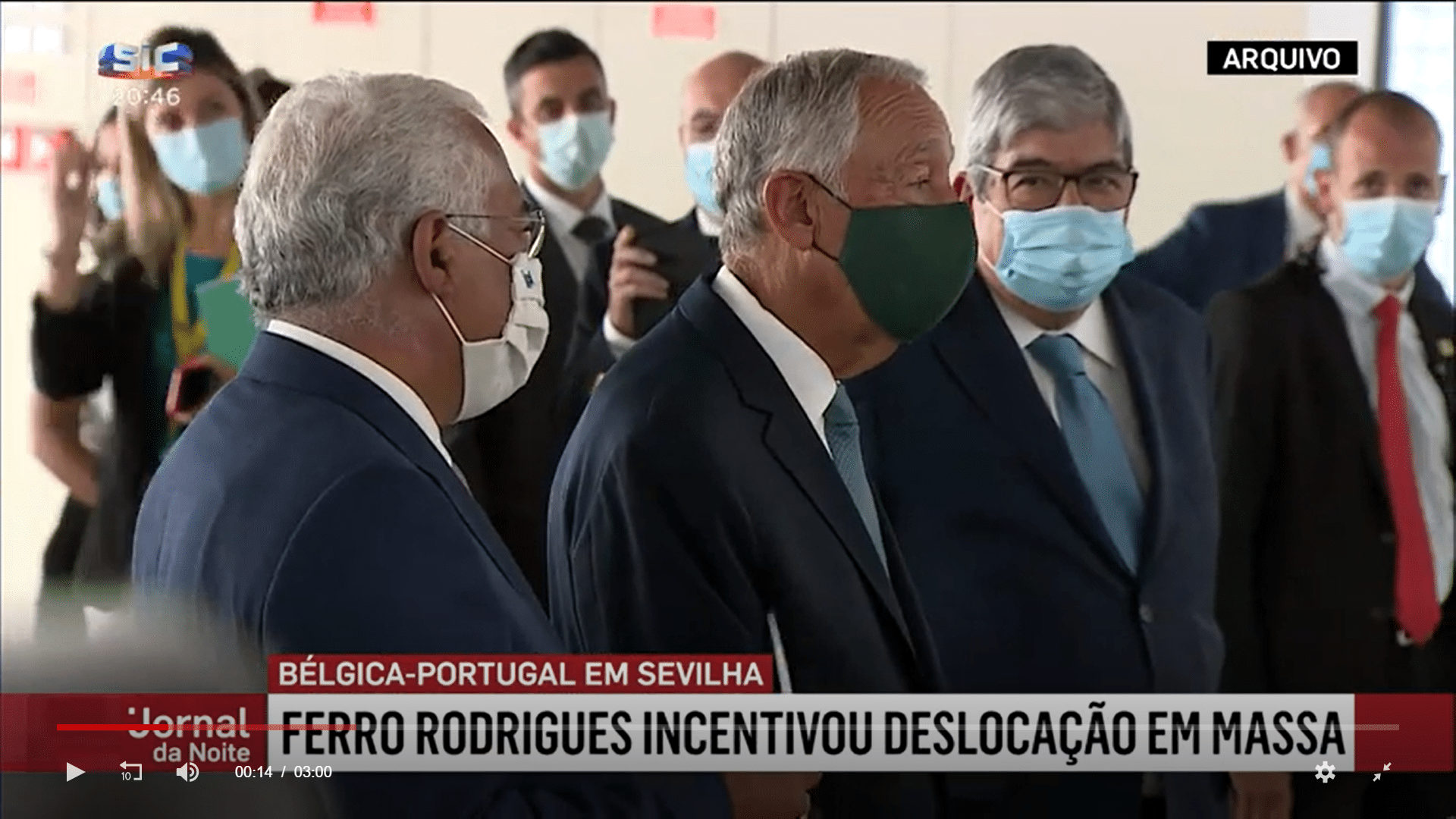 President Marcelo has deftly defused any chance of further bad press after the faintly ridiculous encouragement given to ‘the Portuguese people’ by parliamentary leader Ferro Rodrigues this week to ‘flock en masse to Seville’ to support the national team when they play Belgium in the semi-finals of the Euro championship tomorrow (click here).

The head of State’s solution has been to ‘not go at all’.

That way his guest, Mr Rodrigues himself, won’t have the excuse of going under the president’s invitation.

The official reason for changing for the president’s changing his plan has been the ‘epidemiological situation’ in Andalusia (of which Seville is the capital).