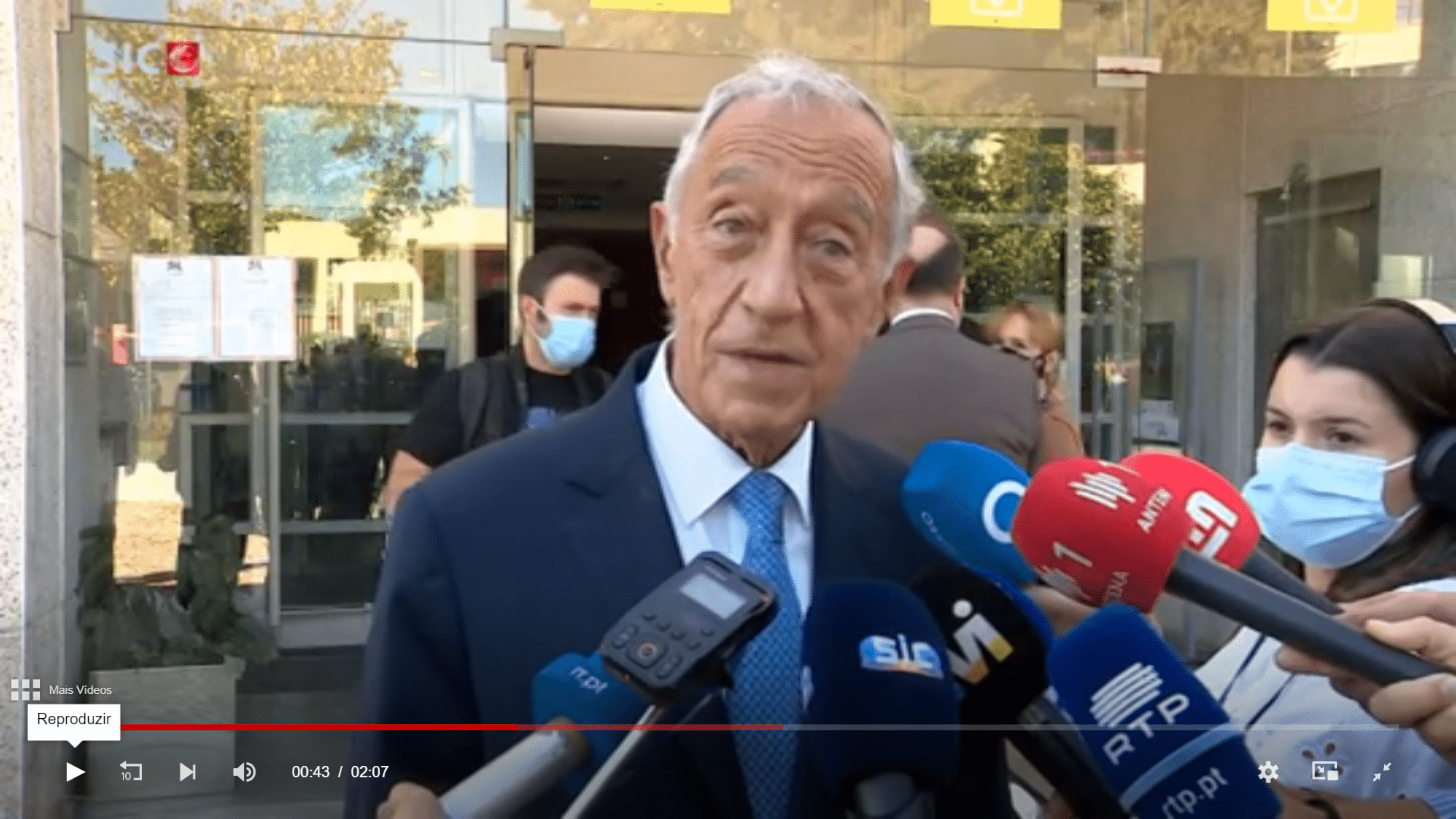 President Marcelo has shown exactly where his powers lie after an unseemly political battle blew up ‘out of nowhere’ at the very moment that Portugal’s vaccinations task force ‘hero’ vice admiral Gouveia e Melo relinquished his post (click here).

At the time, the former submarine commander said all he wanted was to sleep for three days; the idea being that he would be returning to ‘anonymity’ within the Navy the following Monday (October 4).

But even as he was preparing to give his farewell speech at the Joint Command for Military Operations in Oeiras, his superior António Maria Mendes Calado – full title Chief of Staff of the Navy, or CEMA – was being summoned to a meeting with the minister of defence in which  he was told his services were no longer needed.

Mendes Calado’s ‘mandate’ is not due to end until February 2023.

Some media sources claim the plan has always been for vice-admiral Gouveia e Melo to become the Navy’s new Chief of Staff – and that his appointment to lead the Covid vaccinations task force simply delayed this announcement.

But the way in which the government sought to dispense with Mendes Calado looked underhand – particularly as he has been a critic of the politically-enforced ‘Lei de Bases das Forças Armadas’ (Armed Forces Basic Law).

Yesterday saw the controversy taking centre stage in the press; opposition parties getting hot-under-the-collar, to the point that President Marcelo called time on the affair.

No-one would be deciding anything without his say so, he told reporters – at which point prime minister António Costa and defence minister João Gomes Cravinho started beating a path to his door.

A meeting with the president took place last night, after which the official site of the presidency announced: “The President of the Republic received, at his request, the prime minister who was accompanied by the minister of national defence. The misunderstandings raised regarding the Navy’s Chief of Staff were clarified”.

Not perhaps the most illuminating of statements, but reports this morning suggest no decisions on either Mendes Calado’s or Gouveia e Melo’s immediate futures will be taken in the short-term.

Nine months is the time-frame being bandied about today for a decision on whether or not Mendes Calado will move from his current post, potentially leaving the top job in the Navy open to the lofty military man whose determination steered the nation through what started out as a massively shambolic process (click here), and ended with Portugal being crowned ‘the best in the world’ (click here).