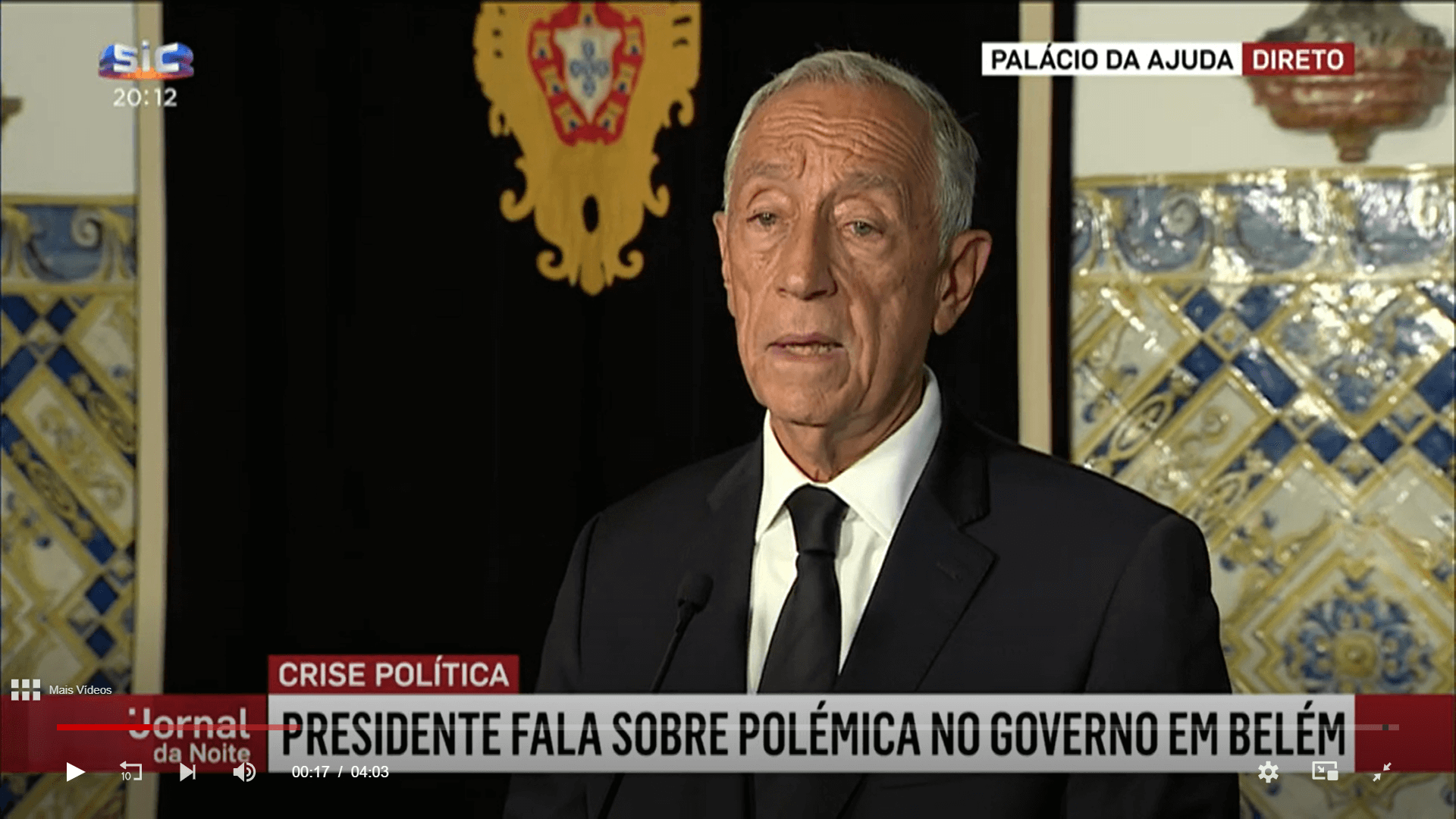 After a frenetic day in which the government was seen to be going backwards and forwards over a hasty, controversial dispatch – published while the prime minister was out of the country and then withdrawn – President Marcelo moved in with a brief declaration to the press, in which he refused to take any questions.

It is time for a ‘rapid, consensual, consistent decision‘ over the future for Lisbon’s airport. This is a matter that will affect coming decades and which has “taken an eternity” to decide.

“There is no government or party that lasts decades in power,” Marcelo reminded.

This is the moment where prime minister António Costa needs to choose his ‘collaborators’.

“The prime minister is responsible for the happiest or least happy choice; for the assessment that makes his collaborators happier or less happy at each moment”.

It was, as often is the case, a speech that gently sugar-coated the bottom line that the PM may well have ministers in his cabinet who are simply not up to their tasks.

Media commentators brought in to ‘analyse’ the trainwreck of yesterday’s headlines seemed to think it ‘unusual’ for the president to have stepped in publicly in the way that he did, but it very possibly served to show viewers of last night’s 8pm news that Marcelo means to keep his distance from government infighting, as well as bring an end to it.

Political journalist José Gomes Ferreira interpreted the declaration as the President saying to citizens, and to the prime minister himself, “that we need to know if the team in place has conditions of effectiveness in its decisions, and the answer is simple: it doesn’t”.