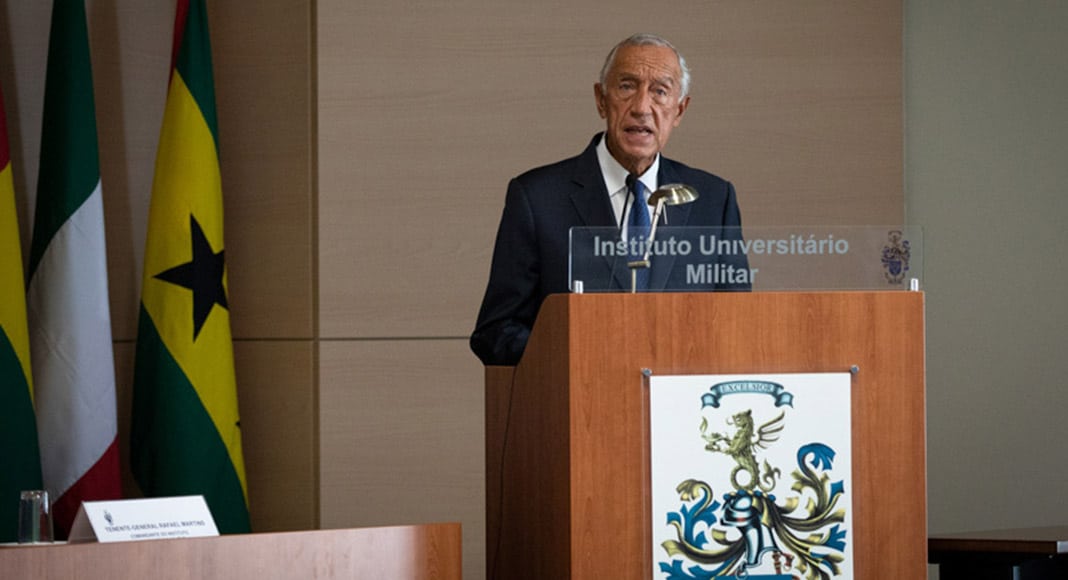 In what some might describe as an exceedingly prescient speech, President Marcelo has fired a broadside at what he calls Portugal’s “spent” and “slow” political, economic and social systems transfixed on inspecting their own navals.

Opening the academic year of Lisbon’s military university institute (IUM) the president stressed the urgency for reform, saying he has been “trying for years” to prevent “others” from attempting to fill the void that has opened up.

At no point did Marcelo refer to the growth of ‘far-right’ sympathies but with a protest of the far right – personified politically by André Ventura of Chega (who is also running for president) – planned in Évora tomorrow, it was patently clear what kind of dangers Marcelo was referring to.

The pandemic, he said, has “accelerated reflections and above all actions” and made the urgency for reform in this country’s “chronically backward” systems clearer than ever.

What we have right now in terms of political power and social entities and institutions is ‘incapable’ of keeping up with the “nature and rhythm of mutations underway”.

The economic and social crisis upon us is “very different to those of the past” raising “serious questions” of social, functional and territorial cohesion that aren’t even recognised by the systems of social security and health “that most of the time exist almost ignoring one another”.

It was a warning speech, very much in his complete role not just of Head of State but also Supreme Commander of the Armed Forces.

With all the changes that must come, said Marcelo, the systems that must all start developing “can and should still learn from the Armed Forces and military universe”, particularly in their “integral availability to serve selflessly and wholeheartedly”.