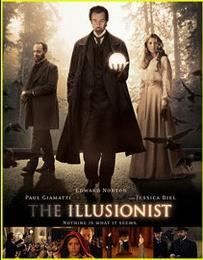 In turn of the century Vienna, a magician uses his abilities to secure the love of a woman far above his social standing. When she becomes engaged to a prince, the magician uses his powers to win her back and undermine the stability of the royal house of Vienna.