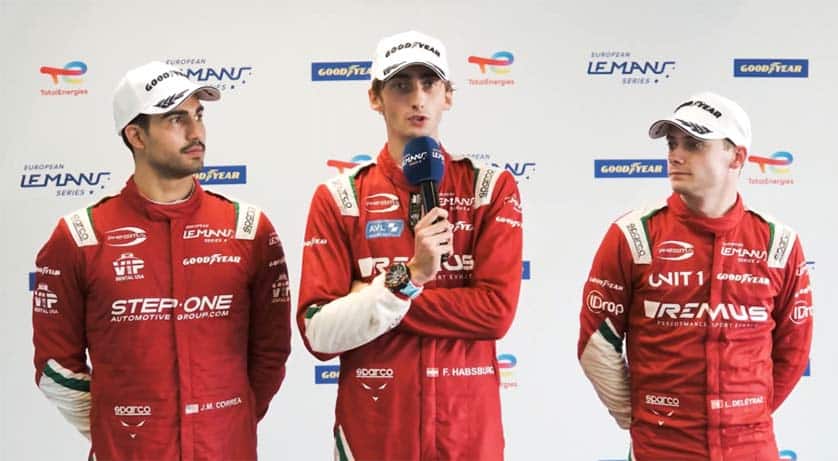 Louis Deletraz and Ferdinand Habsburg from Prema Racing secured the 2022 European Le Mans Series title with a win in Sunday’s final round of the season at the Algarve International Racetrack (AIA) in Portimão.

The team’s win in Portimão marked the fourth in six races this season, securing the title which was just one point away as Prema came into the race with a commanding 24-point lead.

The duo was joined by Juan Manuel Correa, who only re-joined the team for the final two races of the season after suffering an injury in the FIA Formula 3 programme.

It was Correa who started the race, but it was Habsburg who took the lead after taking over the wheel, while Deletraz was left to close out the victory despite the pressure of second-placed car from Panis Racing – the only car that could deny Prema the title.

“It was hard because they gave me the car with a big lead and said, now I just have to drive it to the end, the Panis team is second, and they’ll never catch me, but if I put it into the wall, or we have an issue, we lose the championship,” said Deletraz, cited by motorsports.com.

“It was the longest hour and 10 minutes of my life. I really wanted this title, and I took zero risks, just driving, driving, driving. It was very intense because I didn’t have to push, but when you don’t push, it’s where mistakes happen.”

Habsburg added: “We had everything to lose, the track always had a little spray and water, and a few cars spinning. It’s the worst when you just want to have a simple race, but in the end, I felt so confident in the car, and it’s easy to do such a good job with such a good car.”

Last year’s winners, United Autosports, were unable to repeat the 2021 victory after receiving a DNF (did not finish) when their #22 car retired after a spin and subsequent damage, claiming third in the Teams’ championship.

Meanwhile, Cool Racing secured the win in the LMP3 class, while Racing Team Turkey lifted the trophy in the LMP2 Pro-Am class.