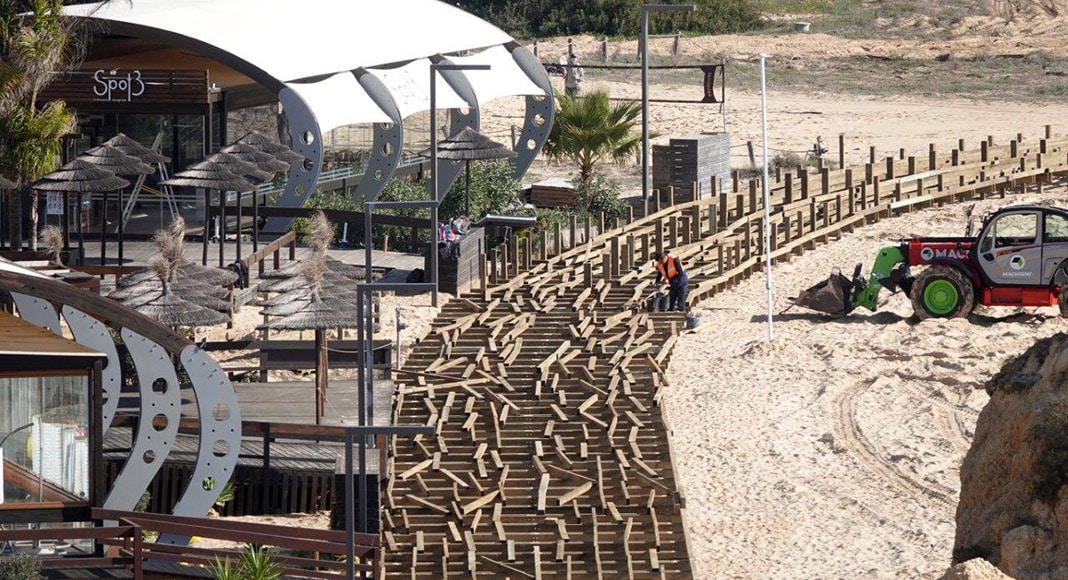 Portimão Council has revealed that the replacement of Praia da Rocha’s beach boardwalk is moving along at a “good pace”.

Costing over €1 million, the project involves the complete replacement of the entire boardwalk, which was built around 16 years ago and was growing increasingly rundown. Some sections were even missing wooden boards and posing risks to those using it.

The boardwalk is also being equipped with LED lighting, making it “safer and more pleasant” for a nighttime stroll as well as for clients of restaurants located along the boardwalk. Says the council, a total of 50 light posts (measuring five metres) are being set up along the boardwalk.

New and “more resilient” wooden boards – which are expected to be more resistant to the elements of the area, located just a few hundred metres away from the sea – are being used to build the new boardwalk.

The project also includes the installation of a public Wi-Fi network which will provide free internet access to anyone in the area.

“Since it was inaugurated in 2006, the Praia da Rocha boardwalk has been used a lot by residents and tourists for their leisurely walks or to reach the several restaurants along its path. It is also used frequently during the night, especially in spring and summer,” the local council says.

A deadline for the works has not been revealed by the local council, although the boardwalk will likely be ready by springtime.

Praia da Rocha is a sprawling beach in Portimão which is also popular for its restaurants, bars and vibrant nightlife, particularly during the summer.

The beach is also becoming ever more popular as a ‘venue’ for music festivals. Organisers of Secret Project, an American festival featuring some of the most renowned dance music artists in the world, have confirmed the festival will take place at Praia da Rocha between June 17 and 19 (click here). 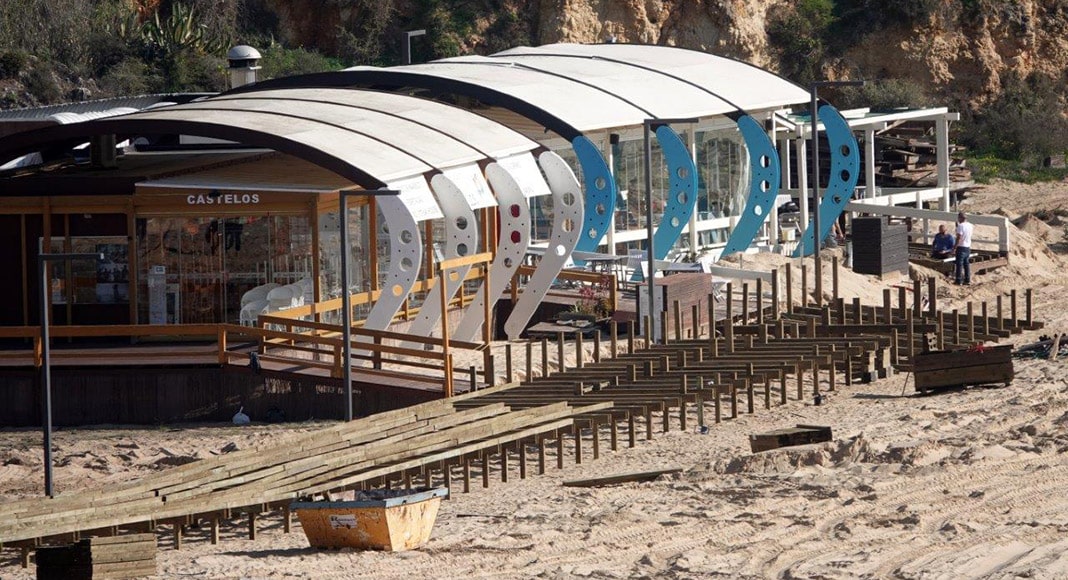