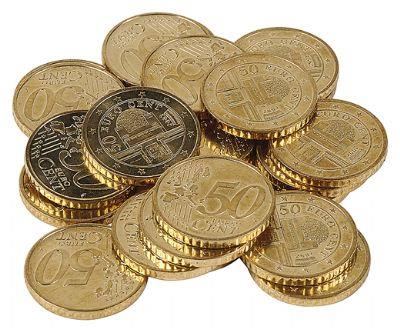 The Single Currency has now been going for a full 10 years. Launched with a great fanfare in 1999, the Euro promptly sank by 10 per cent against the good old British Pound.

At one stage, a Euro was worth less than 60 pence, and I well remember the jeers in the UK press. It was clear to those of us back in Britain that the writing was already on the wall.

But, in the intervening years, the writing has changed. The Euro ended 2008 worth around one pound sterling. Progressively, the Euro has been taken on by more EU countries. The original 12 comprising ‘Euroland’ have become 16. Even Denmark, which proudly declined to sign up originally even though its currency had been formally tied to the Euro for many years, is rumoured to be reconsidering because the global credit crunch has put such pressure on the Krone.

The response of the Euro-sceptics has been predictable. Ten years ago, the argument ran that the Euro would fail because it was too weak. Now the argument is that the Euro will fail – either because it is too strong, or because the economies of some of the member countries such as Spain and Portugal, Ireland and Greece, are simply too weak. I suggest that failure is not an option.

The stronger Eurozone members, led by Germany and France, will ultimately lock together as they cannot allow the currency to fail. Meanwhile, despite the European Central Bank predictions that overall EU growth in 2010 will slow to zero, some individual countries fear an even worse performance for themselves. Many of the smaller economies currently outside the Single Currency consider that their own currencies will be buffeted disproportionately, and that, therefore, their best response would be to join sooner rather than later. Such a list includes Poland and Hungary, Latvia and Lithuania, and the list continues to grow. Whatever strain there may be from being within the Eurozone, for such countries outside the weather is a great deal colder.

Two further points are worth making. The first is that it is not in anyone’s interest to see the Euro fail: as the UK’s largest trading partner, it is of no help if Europe goes into financial meltdown. We should all wish it well.

The second is that none of the above is an argument for the UK to join the Euro. Its economy is very different from its continental cousins and, anyway, British popular support is overwhelmingly in favour of keeping the Pound. However, we have no need to worry: with the UK recession officially flagged as the longest and deepest of any major western economy, we no longer meet the qualification to join.