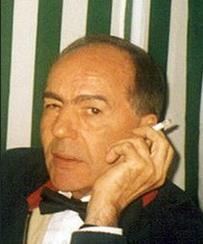 BRITISH AUTHORITIES have discovered the bones of Portuguese waiter, Alexandre Marques, who disappeared on October 16 from his home in Notting Hill Gate, London. The evidence confirmed police suspicions that the 61-year-old homosexual waiter had been assaulted and murdered in his home.

When Marques failed to turn up at work or contact friends and colleagues, this immediately aroused suspicion, as he was described as a man of “habit and rigid routine”. On October 18, a man was caught on CCTV drawing out money from Marques’ bank account, using his Portuguese credit cards, at two different cash machines.

Scotland Yard’s criminal investigation unit appealed for information regarding the disappearance of Marques, which led to the discovery of the bones in a rural area close to Luton, 60 kilometres north of London. A couple found the incomplete skeleton on January 3. However, the bones had previously been seen on Christmas Eve by a hunter, who, assuming the skeleton was that of a stag, did not alert the authorities. A British scientist from the police department compared the DNA of the bones with that of Alexandre Marques and the results confirmed that the remains were those of the waiter.