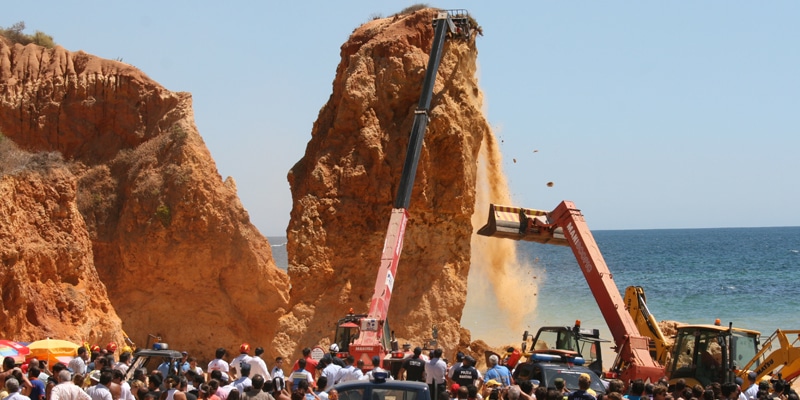 The Portuguese State is the only defendant in the trial that begins today at Loulé’s administrative court to determine who was responsible for the tragic rock fall at Albufeira’s Maria Luísa beach which killed five people in the summer of 2009.

Families of the victims are demanding €911,000 in compensation because they believe the state failed to evaluate the true risks associated to a possible cliff fall on the beach.

The tragic incident dates back to August 21, 2009 when a family of four from Ramalde, Porto and a woman from Coimbra were killed by rubble from a rock fall on the Maria Luísa beach in Albufeira.

The first person to be heard during the trial will be the sole survivor of the rockfall, who was 24 at the time and was engaged to one of the victims.

According to tabloid Correio da Manhã, he was buried under the rubble for four hours before being rescued and was left with mobility limitations due to his injuries.