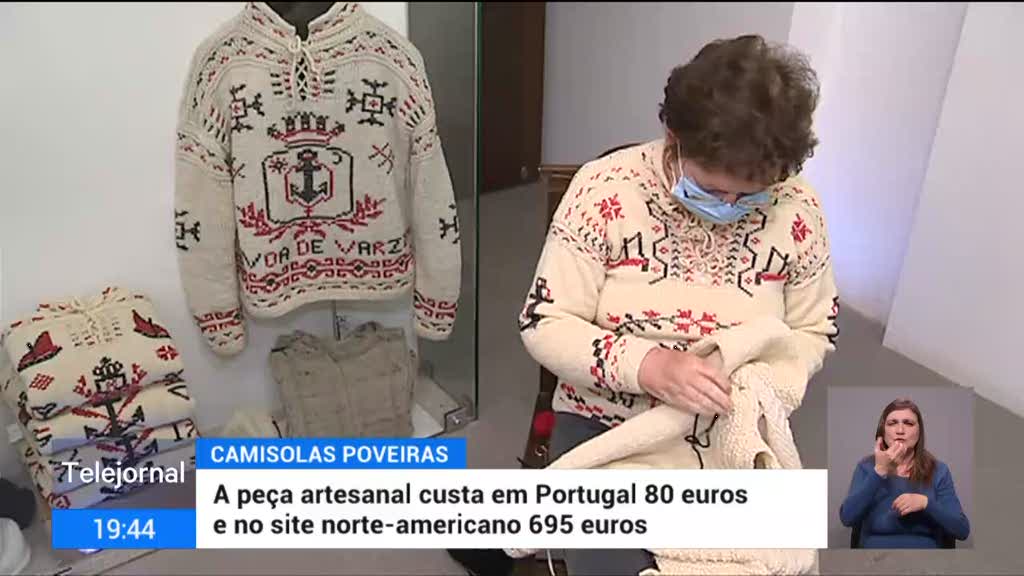 The Portuguese State is ready to take on US fashion designer Tory Burch for what appears to be the “abusive appropriation” of Portuguese cultural heritage.

The Ministry of Culture has said it will “do everything in its power” to ensure Ms Burch – considered the 88th ‘most powerful woman in the world’ by Forbes magazine last year – does not “fail in her responsibilities”.

The furore is over a “copy” of the traditional ‘camisola poveira’ – a sweater typical among the fishing community of Póvoa de Varzim.

Ms Burch presented the €695 sweater in a new collection, initially promoting it having been inspired by the Mexico Baja.

She has since admitted her mistake. In a tweet yesterday the 54-year-old designer and CEOsaid: “We sincerely apologise to the people of Portugal – it was brought to our attention that we misattributed a Spring 2021 sweater as Baja-inspired. It was a misstep that we did not reference the beautiful, fisherman’s sweaters as represented by the City of Póvoa de Varzim. We are correcting this error immediately and will note and honour that this sweater was inspired by Portuguese traditions. We want to further acknowledge this important tradition and are working with the municipality of Póvoa de Varzim on how best we can support local artisans. Tory Burch stands for inclusivity and celebrating diverse cultures, and we will strive to do better in the future. Please take a moment to visit: www.cm-pvarzim.pt”.

But Tory Burch’s inspiration doesn’t seem to have only been with the beautiful fisherman’s sweaters.

There is the small matter of her range crockery which seems to have been “inspired” by Raphael Bordallo Pinheiro, a Portuguese artist from the 19th century “well known throughout the world” adds one cybernaut tartly, tweeting “How about this Tory”.

For now, say reports, the Portuguese State “through the ministry of Culture has announced that it intends to action judicial means to combat “abusive appropriation” of the camisola poveira”.

A statement from the culture ministry says minister Graça Fonseca has “taken the initiative to solicit the identification of judicial and extrajudicial channels at the disposal of the Portuguese State to defend the camisola poveira as Portuguese cultural heritage” and to ensure that Ms Burch “corrects the injustice committed (by) compensating the poveira community”.

The government is thus making “every effort to value, protect, preserve and safeguard immaterial Portuguese heritage”, says the statement.

The municipality of Póvoa de Varzim is also involved in what could end up as a court case in New York, explains Lusa.

Whatever happens further down the line, the fisherman’s sweaters of Póvoa de Varzim have had the best publicity they could hope for this week.

As for the crockery, it doesn’t appear to have been challenged over the source of its inspiration – despite many complaints by those who have seen the similarities.

Says TVI 24 today, Tory Burch ran into similar trouble in 2017 when it limited a traditional Romanian coat which it attributed to “African inspiration”. This lapse was later corrected after a social media tirade.