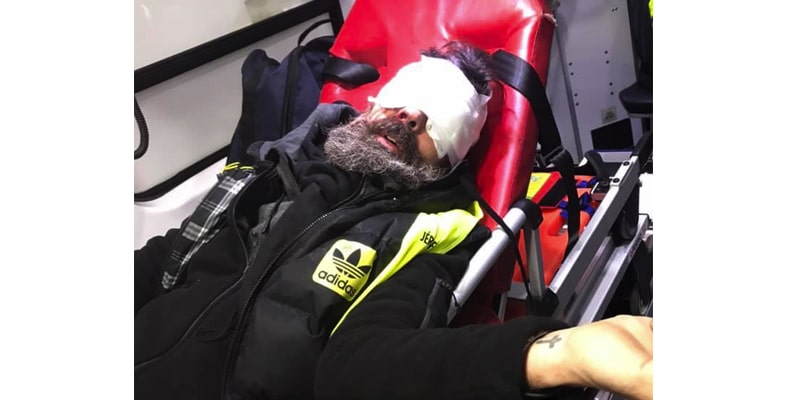 Jérôme Rodrigues – the plumber of Portuguese parentage who is credited as one of the leaders of France’s gilet jaune protests – is presenting a claim against the French State after being hit in the eye by a “flash ball” grenade last Saturday, during the 11th weekend of anger on the streets of Paris.

Rodrigues was injured at Place de la Bastille, and witnesses have already handed the projectile that hit him in the eye to investigators.

Said his lawyer: “He will be disabled for life. It is a tragedy for him and his family”.

Rodrigues has said it is too early yet to know whether or not he has permanently lost the vision in his damaged eye. He was submitted to a five-hour long operation, and the bandages will remain firmly in place for some time now.

But the incident will have served to reinforce the anger in France.

According to the UK Guardian, more than 80 inquiries have been launched following serious injuries suffered by protestors since this movement started mobilising.

“There have been calls for French police to be banned from using the flash ball launchers”, said the paper.

Yesterday, speaking from hospital, Rodrigues told LCI television that he will be “taking legal action against Mr Macron, Mr Castaner (France’s minister of interior) and against the police officer” who shot him.

He added that he remains “firmly pacifist whatever happens”.