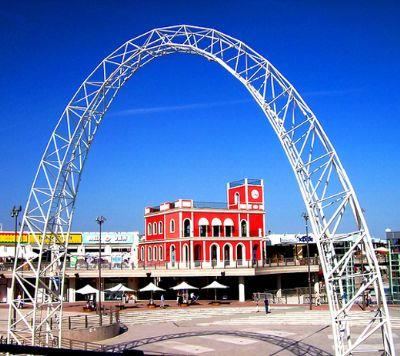 In another dramatic twist to the Freeport investigation, it was claimed over the weekend that Portuguese ‘spooks’ are now intimidating lawyers investigating the case.

The investigation is said to be surrounded by a “climate of intimidation”, according to the Portuguese Magistrates Union, Sindicato dos Magistrados.

Procurators, or examining judges, in the Freeport case were allegedly terrified that they were being “watched by the Portuguese Security Services” or SIS, Serviço de Informações e Segurança.

In a statement issued on Saturday, the union warned that “this could create conditions of susceptibility in allowing the actual intimidation of those charged with the task of undertaking the investigations thoroughly and objectively”.

SIS has denied “any involvement” in the Freeport case and its Director-General, Antero Luís, said that the allegations “over the supposed involvement of SIS” were “completely false and fantastical” and dismissed the idea that “magistrates in the case (were) being spied upon.”

He said that it was not within SIS jurisdiction “to interfere in judicial processes”.

Meanwhile, according to Correio da Manhã, former health minister and socialist António Correia de Campos jumped to the defence of the Prime Minister on Sunday by stating that “the Freeport case was created by the media which has felt its powers under attack” from the government.

“When the opposition is weak – as it is presently in our country – it is the media that has to take the position of opposition and this is a natural reaction,” he said, adding that “this case was distilled drop by drop by some parts of the media concerned at sales and audience figures”.

The Freeport Case revolves around the alleged payment of backhanders to key political figures by Freeport PLC for the fast-track planning permission for the factory outlet retail park at Alcochete on the south bank of the River Tagus within an EU and Portuguese protected nature reserve.

One of the names most cited in the denunciations is Prime Minister José Socrates, who was Minister for the Environment at the time of the planning process approval in March 2002 when Freeport was given the green light go-ahead despite outcries from environmental groups.

According to the Magistrates Union, news of the possible interference of the Portuguese secret services in the Freeport investigation “allows for a perverse climate of institutional suspicion.”

The statement added that “magistrates cannot remain silent before the public and an apparent growing interference” which was “creating a climate of pressure the effect of which could only be to condition (the outcome) of the investigation.”