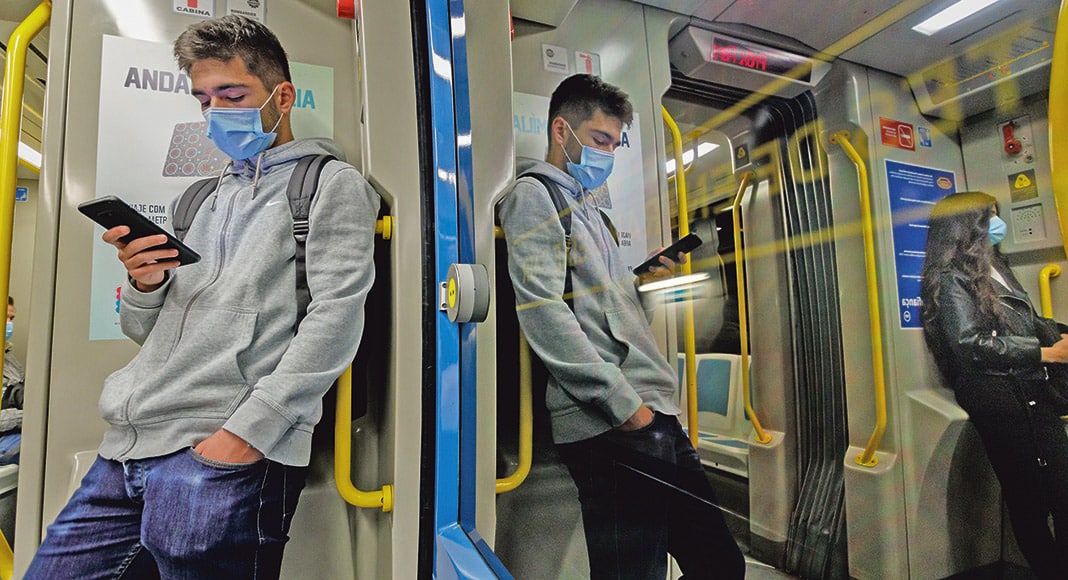 In another week of a world in pandemic where so much is changing, one clear fact keeps bobbing to the surface: the vaccines’ effects are short-term.

Whether we need third shots this year, fourth, fifth or sixth shots in the years to come, the logistics of actually achieving this (when studies have shown that vaccinated people do indeed transmit and can contract SARS-CoV-2) will be beyond most countries.

Thus, discoveries to take us all ‘beyond vaccines’ are fundamental – and in Portugal, one coming from research carried out at the Institute of Chemical and Biological Technology at the New University of Lisbon (ITQB NOVA) working with INIAV (the national institute for agrarian and veterinarian investigation) has reached the point where requests for patents have been submitted.

The beauty of this research is that it is a form of pharmaceutical upcycling. Project coordinator, geneticist Cecília Arraiano calls it ‘repurposing’: researchers have found ‘compounds’ (for this read medicines already on the market, cheap, available, patented for other uses) that work against Covid-19.

The idea always has been to limit the virus’ powers to ‘replicate’ within the body – taming it in other words from being the ‘wolf’ that everyone fears to something much more like a ‘companionable dog’.

This is the image Dr Arraiano gave when talking to SIC about her team’s progress in March.

At that point, the research had reached the stage where the virus’ replication rate had been cut by 50%.

Now, it is down to between 60%-70% – meaning that, potentially, it offers another practical way out of the pandemic.

The ‘miracle pill’ would be taken as people start experiencing the first signs of infection: “Covid-19 would be reduced to little more than a cold”, in Arraiano’s words.

But there is an even bigger punchline: in reducing the virus’ powers to replicate, the new medication promises to have a much more powerful effect on its ability to mutate – and that means the chances of variants developing will be reduced, if not eradicated entirely, the project coordinator revealed.

So, what has to come next? Ideally, one of the companies whose medications have been repurposed will pick the research up, take it through trials and then present it to the various official medicines authorities for ‘approval’.

Could this research be sidelined, on the basis that, unlike vaccines, it is focused only on people who contract the virus?

“I think there is room for all kinds of alternatives,” Dr Arraiano told us. “Right now, vaccines are the best weapons we have but they still don’t protect 100% – and no one really knows how long immunity lasts. The more possibilities the world has against this virus, the better. I have read that Pfizer is also trying a compound…”

In Israel, too, scientists have developed a form of inhalable treatment which they hope could be rolled out on a global scale by the end of the year – precluding the need for future vaccination programmes.

According to the team at Tel Aviv’s Sourasky Medical Center, trials undertaken on Covid patients in Greek hospitals have seen 90% recover sufficiently to be able to be sent home after just five days.

In other words, while the world’s headlines tie themselves up in knots presenting the pandemic’s ‘day-to-day’, science is working diligently on getting through to the other side.

Following days of intense political pressure, the DGS has this week revised its recommendations over the vaccination of children against Covid-19, saying all children from the ages of 12 are now eligible.

Two weeks ago the message was that there “wasn’t enough data” to forge through with a universal policy for children. Now director of health Graça Freitas has explained in a press conference shared with Dr Luís Graça of the vaccine technical commission “analysis of vaccination data from the United States and elsewhere in the EU for these age groups” has filled the void and allowed authorities to update their recommendations.

Previous orientation recommending the vaccine for all teens over the age of 16, and for 12-15 year olds with underlying illnesses, remains while the health authority and vaccination technical committee “will continue to accompany the evolution of scientific knowledge, the epidemiological situation and information on vaccines” to the extent that “these recommendations could be updated further, at any moment”.

It was a clumsy press conference in which Ms Freitas was quizzed over recent virus outbreaks, and deaths, in old people’s homes to the extent that she admitted deaths have been occurring in fully-vaccinated (oldest and sickest) residents.

Luís Graça then stressed: “Mortality does not mean that the vaccines are not having the desired effect”… and headlines careered into another confusing tangle.

One aspect that jarred – given the strong medical lobby against rolling-out vaccines for healthy children – was Dr Graça’s reasoning. The “best benefit” of the DGS decision to vaccinate 12-15 year olds was “the benefit of mental health well-being, social well-being and educational well-being”.

It was the first time a vaccination programme aimed at children seemed focussed on something other than a disease (that rarely affects them physically anyway).

The decision nonetheless delighted President Marcelo and prime minister António Costa, both of whom have been pushing the DGS to change their orientation for the last two weeks.

The latter took to Twitter within minutes of the press conference to say: “ “I am delighted that science has confirmed the possibility of complying with our duty to guarantee universal protection to all children over the age of 12 years”.

Vaccinations will now go forwards on designated weekends so that the roughly 400,000 contenders can all be jabbed in time for the start of the new school year.

For the time being, nothing has been said about policy for children whose parents (or own decisions) go against the recommendations.

Graça Freitas has intimated however that rules on isolation over outbreaks in schools are likely to be revised closer to the start of the new term.