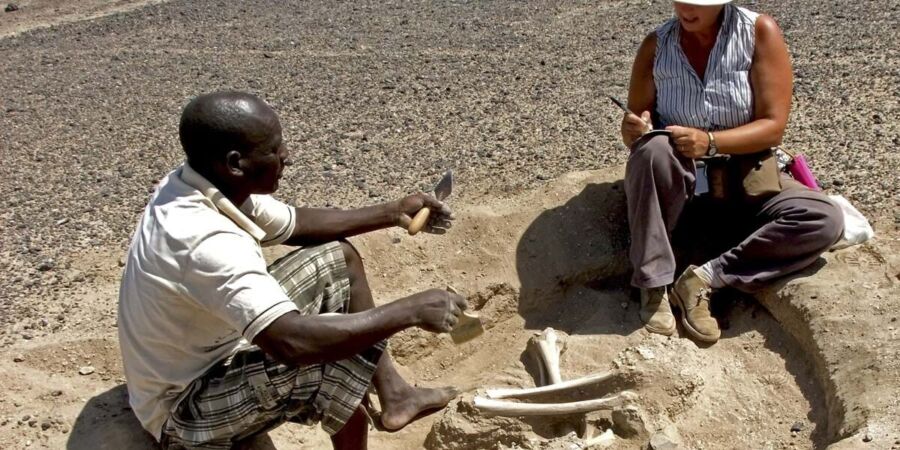 Around 100,000 years ago somewhere in Morocco a hunter-gatherer started stumbling about suffering vertigo and hearing loss.

Now, almost 50 years since parts of his skeleton were found as fossils, scientists in Coimbra University have announced the discovery of the “oldest case of deafness in a human being”.

Indeed, from the symptoms, it sounds suspiciously like the hunter-gatherer in question was suffering not just from deafness, but from chronic ear infection.

Explains Lusa, the fossil, tagged as ‘Dar-es-Soltane II H5′ was studied using what is called a micro-CT scan, “also known as computer-assisted microtomography.

“It is similar to a hospital CAT scan, but with a better resolution and which allows a more detailed observation. The observation of the micro-CT and the 3D  reconstruction was done with specific software,” says Dany Coutinho Nogueira, a researcher at the Centre for Research in Anthropology and Health (CIAS) of the Faculty of Science and Technology of the University of Coimbra (FCTUC).

According to Coutinho Nogueira, the temporal bone (where the auditory system is housed) is very important.

“One part of this bone, the ‘pars petrosa’, is made up of the densest bone in the human body, which sometimes allows better preservation in ancient fossils. This part contains the organs of hearing (cochlea) and balance (semicircular canals), which are studied in paleoanthropology to distinguish human groups (the morphology of this structure in Homo Sapiens is different from those of Neanderthals),” he explained.

When observing the semicircular canals of this fossil (a skull, complete with jawbone), to confirm which human group it belonged to, the FCTUC researcher noticed that “the canals were partially ossified, that is, they had bone in parts where they should not have”.

The study revealed that the individual suffered from ‘labyrinthitis ossificans’, a disease “that causes the ossification of the semicircular canals and the cochlea”.

This condition “implies balance problems, dizziness, vertigo and hearing loss. This pathology is very incapacitating for a hunter-gatherer – limiting the ability to hunt and find food”, said Coutinho Nogueira.

The limited survival time of the individual after the onset of the disease calls into question the cause of death, he added.

The individual died a few months after the onset of the pathology. He could not have survived that long without help from other individuals because he would not have been able to acquire food and hunt, “which indicates to us that there was a form of monitoring from the rest of the group, at least for a few months,” said the scientist.

According to Coutinho Nogueira, this study provides new information about the state of health of past populations, “in particular hunter-gatherers, and also shows that recent technologies allow discovering new information and detecting pathologies on fossils discovered almost 50 years ago”.

Dany Coutinho Nogueira stressed that only two fossils of Homo Sapiens hunter-gatherers present this pathology, “the other was from Singa (a skull discovered in Sudan in 1924 and the target of a scientific study in 1998)”.

“They are the two oldest identified cases of acquired deafness in our species,” he stressed.

The results of the University of Coimbra researchers’ study were recently published in the International Journal of Paleopathology.