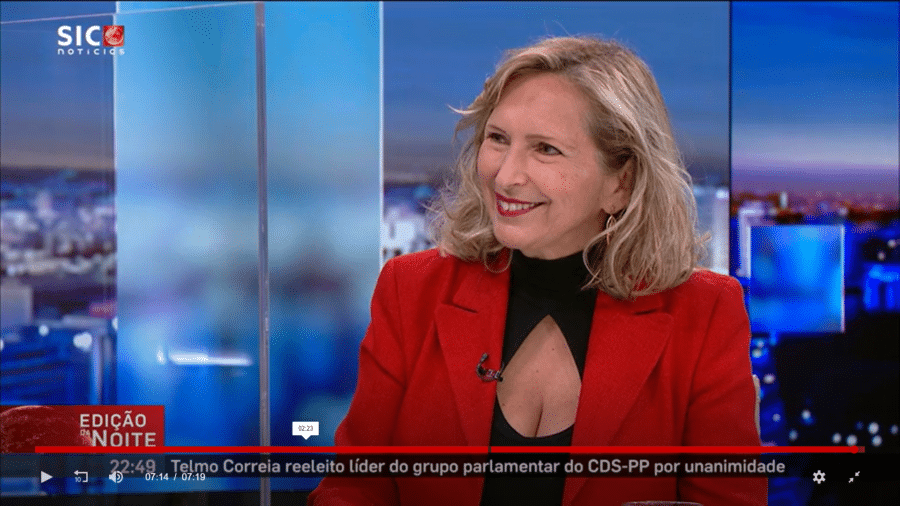 A group of Portuguese scientists has been working since last May on a way of ‘domesticating’ the SARS-CoV-2 virus – transforming it “from a wolf to a dog”.

Project coordinator Cecília Arraiano working out of the Institute of Chemical and Biological Technology at the New University of Lisbon (ITQB NOVA) was a guest last night on SIC’s late-night television news explaining how investigators have already managed to reduce the virus’ replication rate by 50%, and are ‘almost ready’ to say which drugs will work to protect those who contract this so-called RNA virus and may not have been vaccinated.

The discovery “will bring a lot of hope”, she admitted – outlining the way ahead: the formula will need to be patented, and then it will be up to large pharmaceutical companies to carry out clinical tests leading to commercialisation.

“Our  focus is on anyone who gets Covid-19 taking this remedy and ending up with a cold”, she told SIC, stressing that “coronaviruses are colds”.

Instead of combating SARS-CoV-2 with a vaccine, the strategy has been to combat it by reducing its ‘power’ to the point that people “won’t need to go to hospital”.

With various ‘furores’ raging over the vaccine process – if not the long-term efficacy of the vaccines themselves – this news coming out of ITQB NOVA is very exciting indeed.

The doctor in genetics who heads ITQB’s Control of Gene Expression Lab went so far as to suggest the drug treatment would ensure more protection to ‘emerging variants’ than current vaccines.

Público carried an article on her team’s research earlier this month, explaining that ‘teams at the institute have managed to characterise an important protein for the replication of this coronavirus, nsp14, on a biochemical level and later made a computational model. This way they discovered the “parts” that can be used to silence the protein”, transforming it from a terrifying wolf to a perfectly companionable dog.

INIAV, the national institute of agrarian and veterinarian investigation, has also been involved in the research which has largely been conducted by women.

Says Público, the teams have been dubbed the “RNA girls”. There is even a text online describing Cecília Arraiano as ‘Madame Ribonucleases’ (referring to her in-depth knowledge of the genetic material of RNA viruses).

In other words, these researchers are uniquely equipped to ‘make a difference’ – and clearly Cecília Arraiano believes they already have.

She made specific reference last night to the fact that all this research has been done out of Portugal – “very well and very fast”.

It’s a question now of patenting the discovery and getting a pharmaceutical company to believe in it sufficiently to take it out into the world.

But for the wider Portuguese public it was a pity that the interview was broadcast at a quarter to 11, and not at prime-time when the bulk of the country would have been watching.