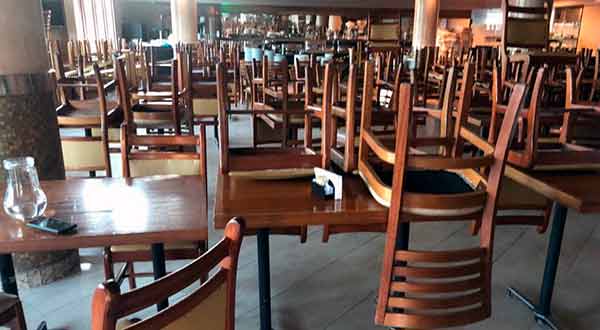 PRO.VAR, the national association of restaurants, has described the sector’s “total despair” over Christmas and New Year ‘concessions’ presented by the prime minister yesterday, saying not only don’t they help in any way, they will prompt many businesses to close their doors definitively.

Talking to Rádio Renascença, PRO.VAR president Daniel Serra said 20% of Portuguese restaurants have already taken the step to close down, either permanently or at least temporarily.

Following yesterday’s announcement (click here), he reckons this number will increase to at last 30%.

The problem, he stressed, is that restaurants are being given days in which they can operate where in any normal year they would be closed.

“This is what has generated enormous disgust. I have received numerous phone calls from business people outraged by the situation because they can’t operate over any period – and at a time when restaurants traditionally don’t work, like Christmas Eve and Christmas Day, they’re being given this exception!”

The financial crisis that Covid-restrictions have caused “is transforming into a problem for the mental health of many restaurateurs”, he added. They are “desperate with the zig-zag of government measures.

Mr Serra added that his association is not in the least bit optimistic about new plans for ‘support’ of restaurants, due to be presented next week by economy minister Pedro Siza Vieira.

Dubbing them ‘palliative’, he explained: “If we have a fall of 70%, which according to the inquiry we’re doing comes to losses of €1.4 billion euros, 20% of 1.4 billion is €280 million. We want €280 million given to everyone in the restaurant sector to avoid around 100,000 people becoming unemployed in January and February and an €800,000 bill (for the State) to support them”, he said.