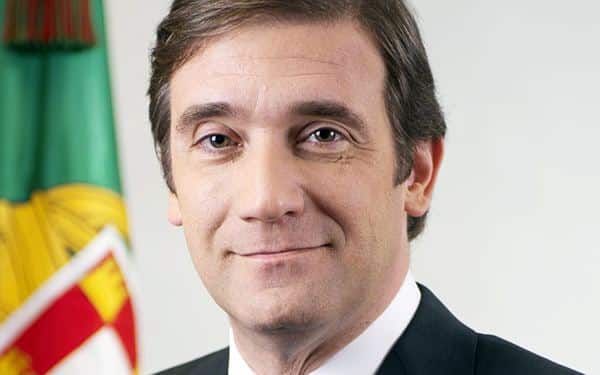 May 17, 2014: the beginning of a new era for Portugal. Or so says Prime Minister Pedro Passos Coelho, who seems to believe that it’s always darkest just before the dawn, and that dawn will come at the end of Portugal’s financial adjustment programme.
Speaking in Madrid at a European conference organised by Berggruen Institute on Governance (BIG), the PM expressed his confidence in Portugal’s economic recovery after May 17 and appealed to “compromises” between the government and its opposition parties and social partners.
“My country has come a long way. It has been a tough journey that began in 2011 but has now turned the corner.
“We still have some complex matters to resolve, but, just like Europe, we can say the worst has passed,” Passos Coelho stated.
He then guaranteed that Portugal will not make the same mistakes it has in the past when returns to financial autonomy.
“Portuguese people know better than anyone in Europe how irresponsibility and lack of vision in political choices can have a very high cost. We say ‘no!’ to irresponsibility!”
So how does Portugal achieve this path of responsibility to a better future?
To start with, he believes that a “national compromise would quickly lead to an increase in national and international confidence in national reforms, in productive investment, and would bring more stability to public debt”.
But to achieve this “compromise”, the government and its opposition and social partners would have to put aside their differences and find some common ground to rule responsibly, he said.
The PM then shifted gears to the European Union and appealed for universal solidarity amongst the EU members.
“I do not mean to say that some countries should be forced to unconditionally support the persistent fiscal indiscipline of others –that would not be fair.
“What I mean to say is that we need more solidarity amongst European citizens and not only the State members. It would help prevent the weakening of European cohesion.”
According to the Portuguese PM, financial fragmentation and increasing inequality throughout the EU is jeopardizing the future of the union and burdening families and enterprises in Southern Europe.
“Discrepancies and inequality have grown in these past years, especially in the eurozone. And we will never achieve a harmonious union if the centre of Europe continues to grow as the periphery stagnates and languishes.”
This financial fragmentation, as he calls it, was one of the worst consequences of the crisis, as it led to market discrimination based mainly on the geographical location of a country, which the PM considered “unacceptable”.
Passos Coelho believes that what hinders Europe is not the economic power of some nations compared to others, but the lack of a believable hope that the weaker countries will ever become sustainably stronger.
Although Passos Coelho takes some of the blame for these discrepancies in Portugal, he also blamed the EU for allowing them to form and urged them to counteract the “permanent stress and perpetual inequality” that these nations are experiencing.
Still, the PM believes that the “worst has passed” both for Portugal and Europe, and now it is time to build solid foundations for a prosperous future, all the while keeping in mind the mistakes of the past.