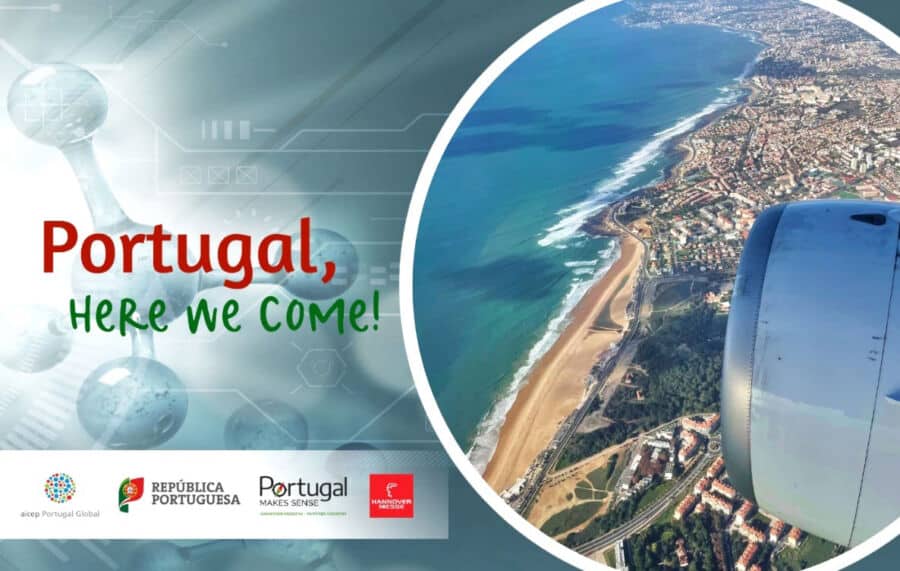 Portugal’s pulp and paper giant The Navigator Company has closed a deal with German developer P2X Europe to create and produce ‘green jet fuel’ at its industrial complex in Figueira da Foz.

The plan is to develop a world-class production facility for industrial-scale production of non-fossil jet fuels or e-SAFs (e-Sustainable Aviation Fuels) – carbon-neutral synthetic kerosene, based on green hydrogen and biogenic CO2.

Press statements released by the companies describe the joint venture as a “milestone” and “unique”.

The project “leverages on Portugal’s highly competitive renewable energy sources and on biogenic CO2 generated by Navigator’s biorefineries using sustainable forests, which together constitute the two critical elements for the successful production of net-zero synthetic feedstocks for the chemical industry and jet fuels on an industrial scale, fostering the decarbonization of the aviation industry”.

Put another way, Portugal’s forests won’t just be going on making paper, packaging and related products anymore, they will be helping fly people across the world… sustainably.

The companies talk about pooling their vast know-how, ‘capturing’ hundreds of thousands of tonnes of carbon’ (that would otherwise have been pumped into the atmosphere) and basically paving the way towards a much brighter future.

The government is considering the plan a PIN (project of national interest), while the next few months will see all the necessary permissions etc. sought, and hopefully achieved.

Commercial production? The companies are planning this can start as early as 2026.

The investment involved will be in the region of €550-600 million; for now there is no figure on the number of jobs likely to be created.

Says a joint press release put out by the companies today: “Portugal is in a unique position to become a hub to produce green hydrogen derivatives such as synthetic jet fuels, creating jobs and securing a leading role in establishing an entirely new industry based on renewable energy and sustainable forests as the underlying source of biogenic carbon, which will be key in driving decarbonization towards net-zero”.