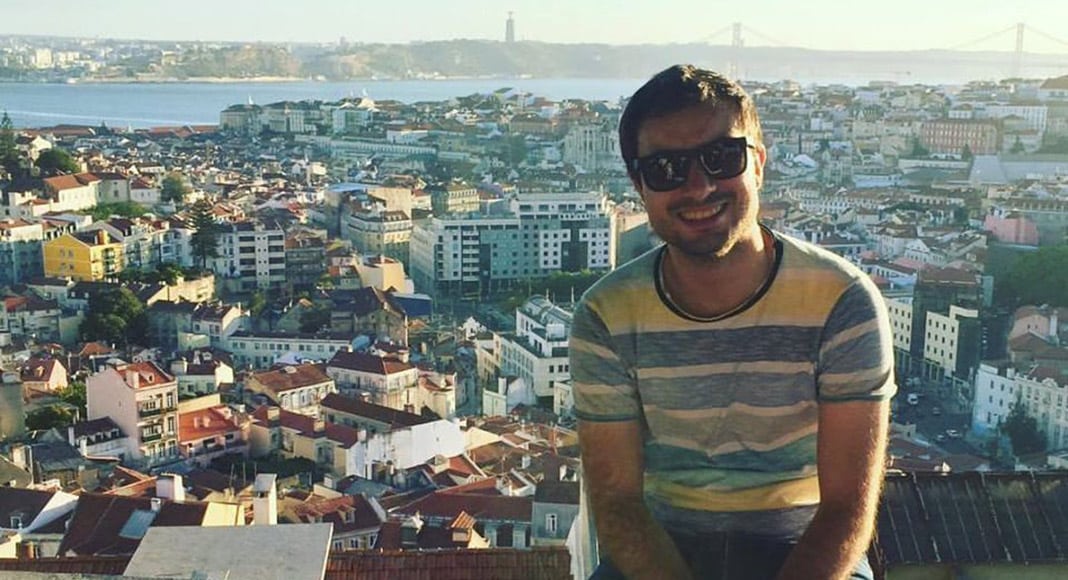 At least that is what is being reported in Portugal today. In truth, Luís Pitarma, 29 – one of two nurses singled out by the British PM in a powerful video recorded hours after Mr Johnson was discharged from hospital – addressed his words to his own hospital’s press office.

Says a report on the Guys and St Thomas’s website: “After receiving unprecedented international interest in his story, Luis wanted to say something about his experience caring for the Prime Minister in a one-off interview.

“Luis, who has worked at St Thomas’ for nearly four years, said he was worried when first told that he had been chosen to look after (Mr Johnson).

He said: “I was changing into scrubs before my night shift when the matron called me over and told me the Prime Minister was about to come to ICU. I had been chosen to look after him because they were confident I would cope with the situation well.

“I felt nervous at first – he was the Prime Minister. The responsibility I was going to hold in my hands was quite overwhelming. I didn’t really know how to address him – should I call him Boris, Mr Johnson or Prime Minister? My matron reassured me and said to be myself like I am with any other patient.”

Luis met the Prime Minister moments later. He said: “I asked how he would like to be addressed and he said to call him Boris. That made me feel less nervous because he took away any formality. He just wanted to be looked after like anyone else.”

Luis assessed the PM and explained how the team was going to treat him. He said: “Knowing that I was watching over the Prime Minister felt quite strange because I’ve never looked after someone high profile before. But he was also a patient like any other patient, a life like any other life. It was a big responsibility and I gave it the same respect as I would with any other patient.

“I was by his side for the three nights he was in ICU. We had some conversations, including about where I was from. I told him how I’d dreamed about working at St Thomas’ since my first day of training in Portugal in 2009, when I learned about Florence Nightingale and her connection to the hospital.

“He said it was amazing that I wanted to work here for so long and was glad I was there when he needed our care. It was a pleasure to look after him.

“I could tell that he was very thankful and happy to receive messages of support from the outside world, provided by his team. They gave him the strength to fight.”

Luis was delighted when the Prime Minister thanked him in person before leaving intensive care. He recalled: “He thanked me for saving his life. I felt extremely proud for someone like him to recognise the quality of the job I’d done. I was very happy with his words, they were very kind.

“I hope I can meet him again one day when he is fully recovered.”

Luis said he was amazed to be singled out by the Prime Minister, along with his colleague Jenny McGee, for particular praise in a video he released thanking staff at St Thomas’ for the care he received, once he had been discharged (click here).

“I don’t have the words to describe how I felt when I watched it. It made me quite emotional. I was really surprised but so happy. I never thought I would be highlighted like that. The Prime Minister’s message really came from his heart. It was the most honest message I’d ever seen.

“I was very proud, not only for me but for all the team who looked after him. I was also really pleased he was safe and out of hospital.”

Hours later Portuguese President Marcelo Rebelo de Sousa contacted Luis directly to express his gratitude to him for caring for the Prime Minister so well.

Luis said: “It was quite surreal but I was very proud to get his call. He was thankful for what I’d done, for being a nurse and for representing the country.

“He highlighted the support from everyone around the world. It was a very kind message and I was so surprised, I didn’t know what to say! He invited me to the Presidential Palace when I’m next in Portugal…

“To be thanked by the Prime Minister and the Portuguese President within the same few hours was amazing, I couldn’t really believe what was happening. Apparently I’m a celebrity in Portugal now! It’s great to get more recognition for nurses there.

“It’s important to me to get on with my job as normal. Other patients need the same level of care as the Prime Minister did. There are lives to save and a team to support.

Luís concluded: “I think we have a long way to go to tackle the coronavirus outbreak but we seem to be going in the right direction. People still need to follow the guidance to stay at home and keep everyone protected otherwise we will go backwards.

“It’s been great to see so much support for the NHS from the public and I’ve never seen my team so united. I hope people will value their lives and loved ones more when all this is over.”