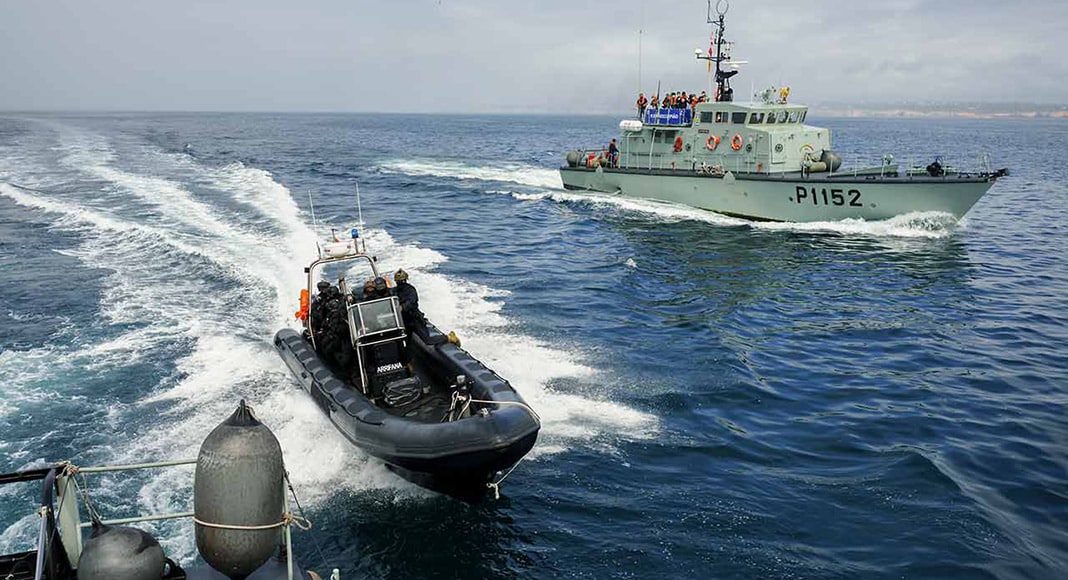 If you notice an unusual number of ships off the coast of Portimão this week, do not be alarmed. The Portuguese Navy is carrying out a drill in the area entitled ‘SEABORDER 21’, which started on Tuesday and runs until Friday.

The goal is to practice “techniques, tactics and sea safety operation procedures” as well as strengthen the cooperation between the Armed Forces of Portugal and other Mediterranean countries.

“The drill will feature eight ships and two maritime surveillance aircraft, bringing together around 400 military officers from the countries that are part of the 5+5 Defence Initiative,” the Portuguese Navy announced in a statement to the press.

Portugal will be taking part with an ocean patrol ship, two speedboats and an Air Force maritime patrol aircraft.

The 5+5 Defence initiative aims to “encourage mutual understanding among the member countries, to enhance the understanding and trust, and to develop a multilateral cooperation, in order to promote security in the Western Mediterranean.”

“Through concrete actions of cooperation, the 5 +5 Defence Initiative seeks to help the creation and maintenance of a climate of trust and a frank collaboration between the 10 countries (Algeria, France, Italy, Libya, Malta, Mauritania, Morocco, Portugal, Spain and Tunisia), with the objective of significantly contributing to the solutions that address common concerns in the security and defence field,” the initiative’s website says.