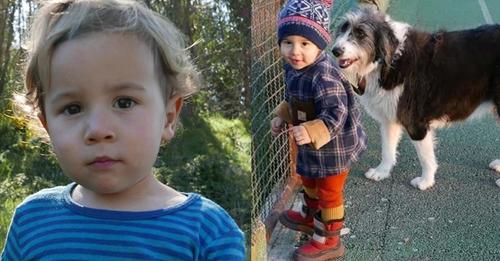 The Portuguese Navy has been quick to appreciatie the extraordinary resilience of little Noah, the child who gripped the nation’s hearts this week after he went missing in dense woodland for over 36-hours.

It has sent him an application form to join the Marines.

Like everyone else who followed this extraordinary story, military professionals were blown away by the fact that a toddler could handle himself so well – despite having removed all his clothes – given that he was surrounded by potentially lethal hazards for one so small, particularly rivers, and deep wells.

Says ionline, the Navy decided to send him a special message. It ran: “Noah, here’s a form to join the Marines when you are 18, if you want to.

“Enjoy being a child. The whole country is very glad you are back”.

PJ police have since stressed that Noah’s disappearance – from early on Wednesday evening to almost 8pm the following day – appears to have been entirely accidental.

There is nothing to suggest third parties were involved. The story is just as Noah’s parents described it: the little boy woke up early while his mother and sister were still sleeping, and decided to get dressed and set out with the family dog Melina to join his father who was working in nearby fields.

Somehow or other, the child mistook the route – and kept purposefully going forwards.

Police retracing his footsteps believe Noah travelled roughly 10kms, although he was discovered only 4kms in a fairly straight line from the family home in Proença-a-Velha, in the borough of Idanha-a-Nova.

Agents have discovered the point where Melina ‘was unable to follow’: it was an area surrounded by a fence through which she simply couldn’t pass.

Noah, being smaller than Melina, must have wiggled through and … kept going.

Melina stayed by the fence.

Explains PJ director José Monteiro, it is clear Melina tried her best to get through the fence. There were traces of her hair found, showing she made attempts to force her way through to no avail. “It was precisely in this context that she was found”, he explained. “She didn’t return home, she stayed where objectively she hadn’t been able to pass…”

Melina later took part in the searches for the youngest member of her family, who is due to be discharged from the last few days’ observation in hospital where focus has been on ‘stabilising’ his condition of dehydration.

Reports from the little village that turned out in force to serach for one of its youngest members all referred to the family’s ‘strength of conviction’ that Noah would be found, and that he could survive on his own for the length of time it took to reach him.

He was described as a little boy who has set off on his own to find his father on ‘more than one occasion’ – though none of his previous exploits have been anything like as heartstopping for the people he left behind.