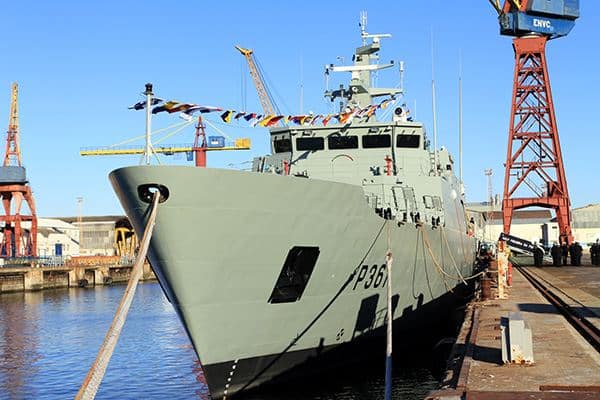 Portuguese naval patrol boat ‘Figueira da Foz’ was involved in a sea rescue of illegal immigrants this week, 40 nautical miles off the coast of Spain.
The 13 immigrants were trying to cross the sea from Magreb in a rubber boat when they were picked up on naval radar.
‘Figueira da Foz’ has been attached to the mission dubbed “Índalo 2014”, organised to control illegal immigration into European waters, for the last month.
The rescued men were assisted on board and then transferred to Spanish authorities.