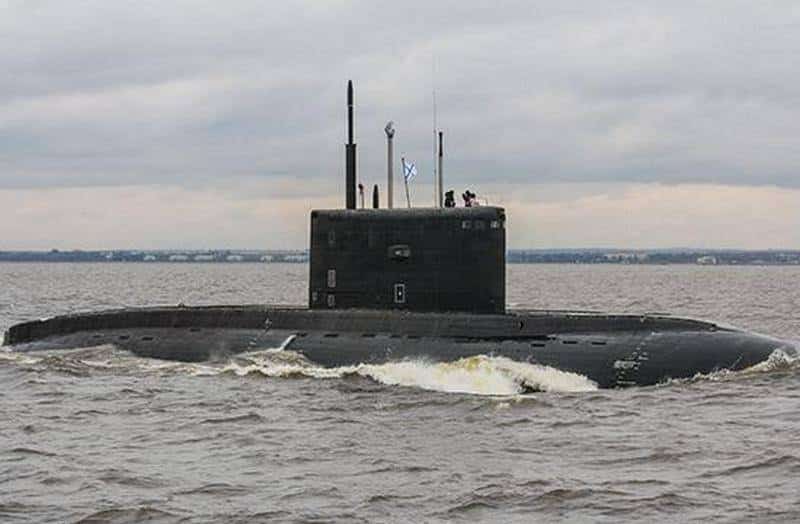 A Russian military submarine – dubbed “Black Hole” by the US Navy – has been passing the Portuguese mainland on its way to the Mediterranean.

The ‘improved Kilo-class’ “RFS Rostov-na-Donu” was ‘accompanied’ by the Portuguese Navy and tracked by the Americans who reportedly have an aircraft carrier among vessels carrying out a naval exercise close to Morocco.

Russian rescue tug, the Prof Nicolay Muru, is reported to be on the same route as the 3,950-ton sub, which is doing the journey ‘on the surface’.

The two Russian craft were alongside the Alentejan coast yesterday.

Say reports, NATO has been conducting heightened vigilance over Russian subs since January when one of the ‘same class’ of attack submarines carried out manoeuvres 5km from the French coast, near Pas-de-Calais.

The incident was considered “provocative”, writes Correio da Manhã – though the exercises that have brought the United States navy to Morocco are in fact “aimed at hunting enemy submarines” in the Mediterranean Sea.

The Rostov-na-Donu is a ‘conventional attack submarine’. It has been in action in various ‘situations of conflict’ in Libya and Syria, and is armed with cruise missiles and torpedoes.

The American’s called it “Black Hole” because it is one of a group of diesel-electric submarines that are “extremely quiet”. Says CM, the “most silent in the world”.