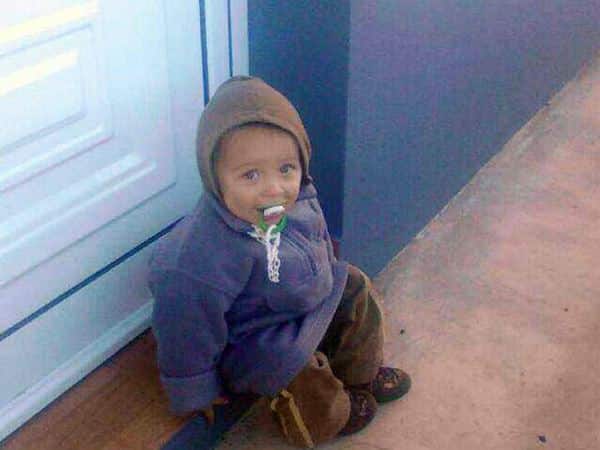 Months after the country was assailed by photos of Baby Daniel – the angel-faced infant who went missing on the island of Madeira for three long cold nights in January – news now emerges that his mother Lídia was behind the staged abduction, and was in fact trying to sell the little boy for €50,000.
Dogged PJ police are still trying to piece all the intrigue together. According to news services, they remain unsure who the intermediary was in the deal, and to whom Daniel was destined.
But the whole hypothesis of abduction has well and truly been thrown out the window.
Daniel’s mother Lídia has appeared in court in Madeira, and her two children, Daniel and Mariana, are back with their father Carlos and his parents in the ramshackle home that the family have in Calheta.
According to newspapers, suspicions always hovered over the parents but detectives stuck to a strategy. They even called off the search for the little boy less than 24 hours after he went missing, as they considered this was the best option to ensure his safety.
The gamble paid off: Daniel was found safe and well – his nappy changed and his stomach full – very close to the area where he went missing. His parents were apparently elated, and police then sat back and waited to see what would happen next.
It didn’t take long. Lídia moved out of the family home, taking the children with her, and began living with another man. Husband Carlos is understood to have already had strong suspicions of her behaviour and at some point over the last week, Lídia lodged a complaint against him for domestic violence.
The pair were taken in for questioning, and during that time, police at last got the confession they had been waiting for.
Lídia, not Carlos, had been the prime-mover behind the scheme. She told police she needed the money to ‘make a new life’ away from her husband. She also mentioned the heart problems of little Mariana (see Resident’s March 13 edition: ‘More heartache for family of kidnapped baby Daniel’), but her story remains incomplete.
She has still not apparently identified whoever it was who looked after Daniel in the intervening hours as she played the distraught mother – and she has not indicated who wanted to buy her son, who is now two years old.
Lídia is charged with the offence of people trafficking and has been released on bail pending further investigations, while Carlos has told newspapers that his former partner will “never see the children again”.
For police, it has been another case of the PJ maxim: “Justice works in Silence.”
Reporting on the story on Tuesday, Correio da Manhã suggests Lídia’s current boyfriend may have been involved in the plot, but investigations into his movements on the day Daniel went missing are still ongoing.