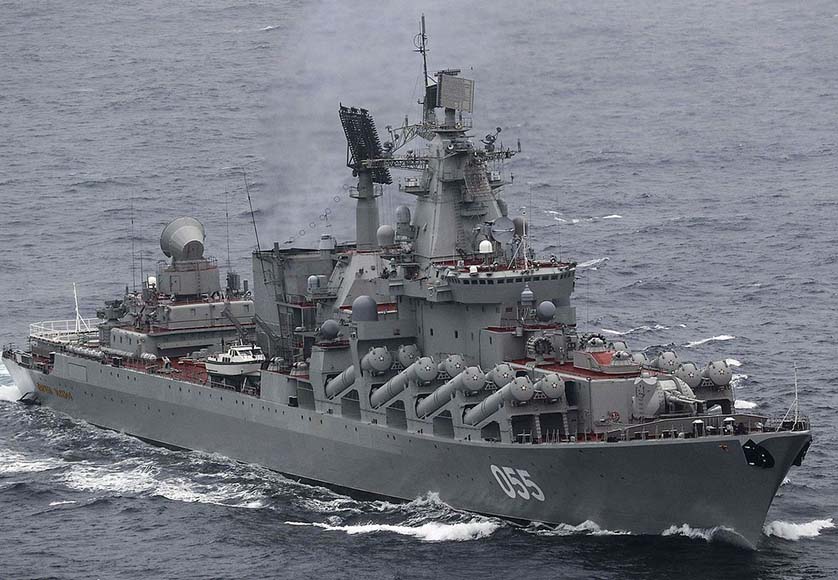 No-one is sure “what the Russian warship will do next”, but for the time being the RTA Marshal Ustinov is passing alongside Portugal’s exclusive economic zone (EEZ), accompanied by a refueling frigate (Kulakov), and another ‘battleship’.

The vessels have been in the Mediterranean for the past six months. They initiated what has been described as a ‘sudden departure’ last Thursday; and began being followed by US guided missile destroyers as soon as they cleared the Straits of Gibraltar.

Now passing Portuguese territorial waters – crossing the national EEZ – the job of following the fleet has fallen to the Portuguese Navy and Air Force.

A source for EMGFA (the Armed Forces General Staff) explains this is “normal procedure for warships that do not belong to NATO and which navigate within the Portuguese EEZ”.

According to USNI News, the ships’ movements “might have to do with logistics”. Unlike the American Navy, Russia doesn’t have strong refueling and maintenance resources in the Med, “which probably became an issue for the RTS Marshal Ustinov after such a long period of being stationed there. But there’s no certainty at the moment about what the Russian warship will do next”.

Perhaps coincidentally, only a week ago, the Akademik Paskin – an oil tanker for Russia’s northern fleet – ‘popped up’ unexpectedly on the coast of Cork. Reports at the time mentioned how the “fleet oiler usually operates closely with ships like the giant missile cruiser, Marshal Ustinov”.

As reports in the Portuguese media have explained, the Marshal Ustinov is the sister ship of the fated Moskva, which sank in April during the Russian invasion of Ukraine. It is a ‘giant’ of a battleship, transporting 64 long-range guided ‘Grumble’ missiles, 16 anti-ship ‘Vulkan’ missiles and 40 ‘Vespa’ air defence missiles. It has a crew of around 500, as well as a helicopter