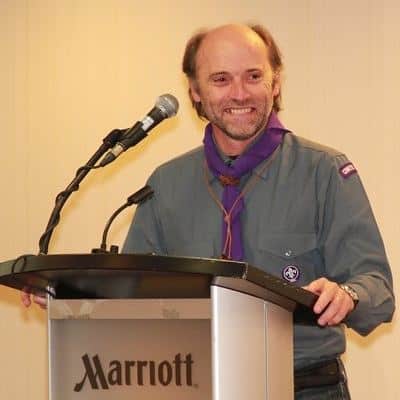 Appointment || João Armando Gonçalves has made history by becoming the first Portuguese to lead the committee of the World Organisation of the Scout Movement (WOSM), the world’s largest scouting organisation, with around 40 million members.
Gonçalves was named chairman of WOSM’s committee during the 40th World Scout Conference in Ljubljana, Slovenia, which took place last week.
“It is a great honour but also a great responsibility,” the 50-year-old scout and civil engineering professor told online news portal tvi24 about his appointment. “It’s very prestigious for Portugal to have a Portuguese person leading the organisation – its image will be reinforced,” he added.
The new chairman of WOSM’s committee will be serving a three-year term.
Gonçalves, born in Figueira da Foz where he joined the Scout Movement when he was 13, has already served as a member of the European Scouting Committee between 2004 and 2010 as well as a member of the committee which he is now leading since 2011.
But what does João Armando Gonçalves hope to accomplish with his term as chairman?
Above all else, he wants to bring together youngsters from “all cultural and economic backgrounds” while “helping them grow, educating them in an informal manner and increasing the visibility of our work”.
Embracing new technologies to make WOSM a “21st century organisation” is another of the chairman’s goals for the next three years.