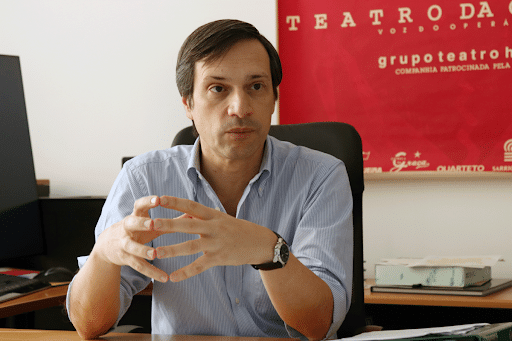 Today (Sunday) has brought further ‘news’ on the progress of vaccination in Portugal and how it now seems highly likely that vaccinated people can infect others even without developing signs of Covid-19 themselves.

The revelation – from investigator Miguel Castanho of the Institute for Molecular Medicine – came as mathematician Óscar Felgueiras, one of the architects of Portugal’s deconfinement strategy which starts tomorrow, stressed it will be “impossible” to maintain the country’s Rt level consistently below 1.

These are both ‘enormous’ statements at a moment when the country’s economy is desperate to start reopening, and stay open.

The first revelation came over SIC television this afternoon in a story on how 13 people have become infected with Covid-19 in Madeira after receiving both doses of the vaccine (and a further 146 tested positive after receiving just one dose).

Miguel Castanho stressed that the 13 do appear to have been fully-protected from the worst effects of the virus. But the two doses of vaccine did not prevent them from becoming infected – and thus they continue to be potential threats to anyone who hasn’t been vaccinated. He actually termed fully-vaccinated people as potential “multipliers of the virus”.

“It is serious from the collective point of view”, he admitted “Because it means that the point at which we can defeat the disease will (only) be one where there has been extensive vaccination of the population”.

With all 13 essentially asymptomatic and most of the other 146 showing no symptoms, SIC’s anchor asked Professor Castanho if any of the infected people run the risk of developing ‘issues’ from the disease further down the line.

He stressed it was still too early in the study of both Covid-19 and the current vaccines to say.

“We’re still in the phase of collecting a lot of data, both from the point of view of the action of the vaccines and from the point of view of the biological action and physiological response of humans to the virus. We are still in a phase of investigation”, he said – adding later in the interview that the probability of new variants developing that could compromise the efficacy of the current vaccines continues to be ‘high’ – which is why authorities are already discussing the need to ‘reinforce’ vaccinated people this autumn with a third ‘booster shot’.

On a day when the independent union of doctors has already lambasted the government for talking-up a programme that “has no vaccines” available (click here), these were worrying statements.

How will the autumn be if most of the population is still waiting for their vaccines, and those that have received them continue to be vectors of the virus?

Further questions have been raised following the assertion by mathematician Óscar Felgueiras that albeit necessary to keep the country’s Rt rate below 1 “it’s obvious that this is impossible to attain in a permanent form. At a certain time we will have a few cases, and all it will need is a slight variation for the Rt to rise above 1”.

Óscar Felgueiras did not allude to the fact that some regions of Italy have today gone back into lockdown as incidence rates rise. France too has registered a new increase in numbers of Covid patients being admitted into intensive care.