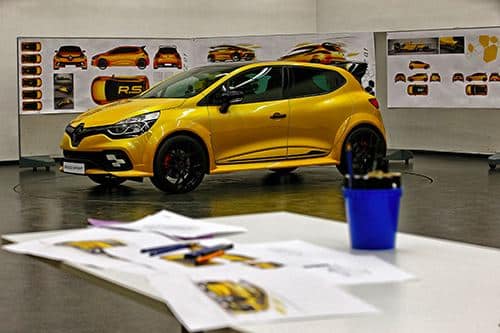 Portugal’s inheritance system comes under the Portuguese Civil Code (PCC) and has been largely unaltered since it came into force on January 1, 1967.

The process starts with the analysis of the national laws of the deceased person, which will determine if the PCC is the competent law to govern the inheritance.

For example, if the deceased owns a property in Portugal and his/her national laws state that the inheritance process must be ruled by the laws of the country where that property is located, then the Portuguese law will be applicable.

Please note that, independently of the succession route, once a person has died you should go to the Notary to declare the known heirs of the deceased, by granting an Inheritance Deed (escritura de habilitação de herdeiros) that is the legal document that allows the heirs to exercise their rights.

That Deed also certifies that, at the time it is granted, no more heirs exist or are known.

It is also necessary to declare the death to the local Tax Office.

The spouse and other direct heirs won’t pay taxes for the inherited estate, but the others pay 10% Stamp Duty.

If the deceased hasn’t made a will, the subsidiary rules of the PCC will govern the way his/her assets must be distributed by the legal heirs (herdeiros legítimos) – the spouse, the relatives of the deceased and the Portuguese State.

Firstly, the deceased’s spouse and children are called and his/her estate will be divided as follows:

• Spouse and children: estate divided per capita, but the spouse cannot be

given less than a quarter of the deceased’s estate;

• No spouse, but living children: estate divided equally by them;

• No children, but living spouse: 100% of the estate to the spouse;

If the deceased has no descendants, the spouse and ancestors will be called, and distribution of assets will be as follows:

• Spouse and ancestors: two-thirds to the spouse and a third to the ancestors;

If the deceased is a single person, without children or living ancestors, his/her brothers or sisters will become heirs and, if they didn’t survive the deceased, their descendants become heirs.

Collateral relatives up to 4th grade will inherit only if none of the others live after the deceased’s death, and if they don’t exist, then the Portuguese State will be considered as the legal heir.

Even if the deceased person has a will (Public or Sealed), there is always a reserved portion of the estate that must be distributed to the legitimate heirs (herdeiros legitimários) – the spouse, children and ancestors – according to the following rules:

• No children or ancestors, but a surviving spouse: half of the estate to the spouse;

• Spouse and children: two-thirds of the estate divided per capita;

• Only children: half of the estate to an only child, and two-thirds if there are two or more children;

• No children, but a spouse and ancestors: two-thirds of the estate divided per capita;

• Only ancestors: half of the estate to the deceased’s parents, but only a third of it if they come to the inheritance second degree ancestors or more;

Outside of the reserved portion to the legitimate heirs, the deceased can leave his/her estate by will as he/she wishes, namely to those who would otherwise not be entitled to inherit, as well as to assign a specific asset to a certain person: the legatee.

Please note that certain persons cannot inherit, such as those deemed to be ineligible or unworthy: the deceased’s last treating doctor, the priest of the community he/she attended, or a curator, tutor or administrator of the deceased.

So, if the Portuguese Law is applicable to your inheritance and you decide to make a will in Portugal, be sure that it is clearly and precisely drafted to avoid any problems, as to preclude someone as an heir, even if that was the initial intention of the deceased.