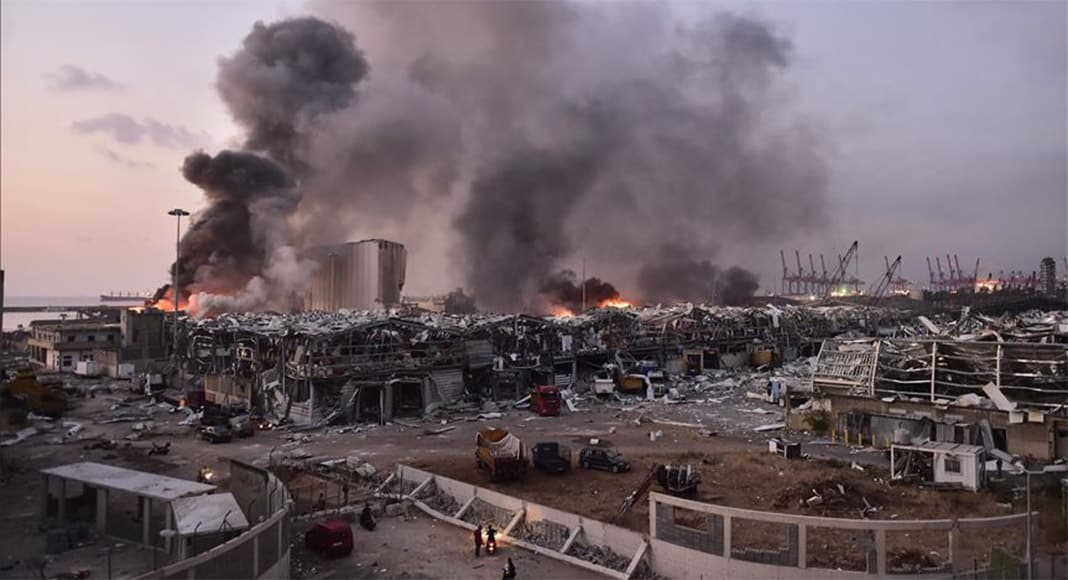 Portuguese citizens in Beirut woke up to scenes of utter devastation today after one of the greatest ‘blasts’ in history.

Say reports, the explosion of what appears to have been ammonium nitrate stored in a warehouse in the ports area was on a scale of the WWII nuclear bombs that fell on Hiroshima and Nagasaki.

Miraculously, it appears not to have caused the deaths of any Portuguese in the city, and lightly injured only one.

But Portuguese photo-journalist João Sousa told Rádio Renasença that no-one believes this was an accident.

“The population doesn’t have any confidence in the government or the political class”, he said, stressing that in the last few months “people have heard a lot of talk about the possibility of an attack”.

There is a “historic question in this country in relation to Israel”, he said, which means that any attack to the city “normally comes from Israel”.

With that aspect of the horror still under investigation (notwithstanding the fact that Israel has denied any involvement), Portuguese consular authorities have checked up on all citizens registered in Beirut (under 50) and discovered that they have all survived, albeit one suffering slight injuries (now recovering at home).

One Portuguese citizen has requested consular assistance to return to Portugal, secretary of state for the communities Berta Nunes has confirmed.

Meantime Sousa has been describing the explosion (it was actually two explosions, one after the other) as “absolutely brutal”.

He said it is only today that people are coming to terms with the “effective extent of the damage” which battered the city as it struggles with a Covid-19 outbreak and an ‘unprecedented economic crisis’ that has already pushed tens of thousands of people into poverty and triggered large anti-government protests.

Over 100 people have been confirmed dead so far, with thousands reported injured.

Hospitals last night were described as ‘places of chaos’.

The BBC explains that hospitals were ‘already struggling to cope’ with the rising number of Covid-19 cases. Now, with thousands of people requiring treatment for injuries, the situation is far, far worse.