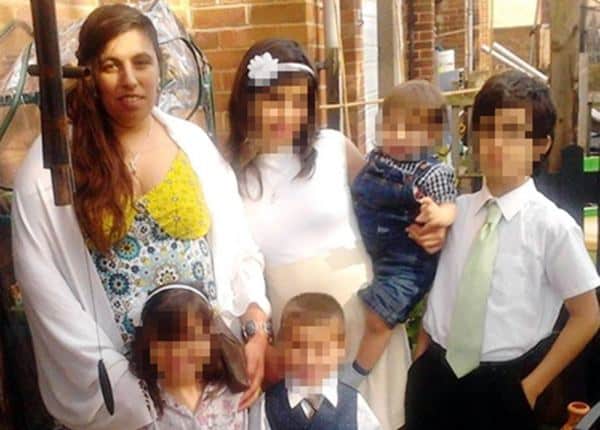 Portuguese immigrants were in Brussels this week fighting for children they claim were seized by UK authorities running a high-level adoption scandal.
The scheme, said to involve judges, lawyers and social workers, has been accused of effectively ‘kidnapping’ 4,500 children every year to “feed the adoption industry”.
The shock revelations have made it into the national and international press throughout Europe, while cutting a swathe through social media.
And on Wednesday, Carla and José Pedro joined 30 other foreign immigrant couples to petition to European Parliament.
“You can hardly believe this story,” Victims Unite activist Sabine McNeill told the European Parliament on Wednesday March 20.
“The cases related during a three-hour audience shocked euro MPs,” affirmed Correio da Manhã newspaper. “The denouncements point to the existence of a scheme in the UK involving lawyers, social workers and judges to take children from good parents – the majority immigrants – and put them up for adoption, with the objective of feeding the industry surrounding adoptions.”
“It’s all done for profit!” accused one grandfather in the delegation.
In its own report, SIC TV showed the parents and family members going after the hearing to the British Embassy where they attempted to deliver a dossier on the scandal.
According to the report, “neither the British embassy nor the British consulate would receive them”.
Susana Frexes reporting for SIC said the Euro Parliament doesn’t have the power to force the UK authorities to do anything, but the hope of families is that it can at least push for change.
Euro MP Angelika Werthmann explained it is “very much a Human Rights issue”: “The Human Rights of the child need to be heard.”
Carla and José Pedro are meantime campaigning for the children that were forcibly taken from them over a year ago to be transferred to social services in Portugal, from which they are confident they will then win parental custody back.
“We have all the proof we need,” Carla, 43, explained to SIC.
The couple’s nightmare began in April 2013 after their eldest son, a child with mental problems, complained at school that his father had beaten him.
It was an accusation that the boy later retracted many times, but it was enough for social workers to arrive on the Pedro’s doorstep in Grantham, Lincolnshire, and remove all five children – aged from three to 14 – on the same day.
José Pedro was also taken into police custody, but released hours later “due to lack of evidence”, writes Correio da Manhã.
Originally told their children would be removed for only 72 hours, the Pedros have been without them ever since.
They now see their children only once every two months for an hour in the company of social workers, writes Público newspaper.
“They cry. They are thin, and they want to come home,” Carla told SIC’s television team.
The two youngest have been put up for adoption despite the parents’ being adamant that this should not happen, and their eldest daughter has since threatened to kill herself if she loses her little siblings, Público adds.
Both parents say they never beat their children – and the reason given by the UK courts for not returning them was “the risk of future emotional damage”.
As Euro MP Angelika Werthmann pointed out, the emotional damage of separation is already plain for all to see.
It now remains to be seen what happens to these children, and those of all the other families (Russians, Lithuanians and Latvians) who petitioned Brussels on Wednesday, March 20.
The Facebook site ‘Stolen Children of the UK’, which is quoted in CM as saying the forced adoption scheme affects 4,500 children every year, warns families: “Love your family today, because tomorrow the Government might take them away.”
By NATASHA DONN