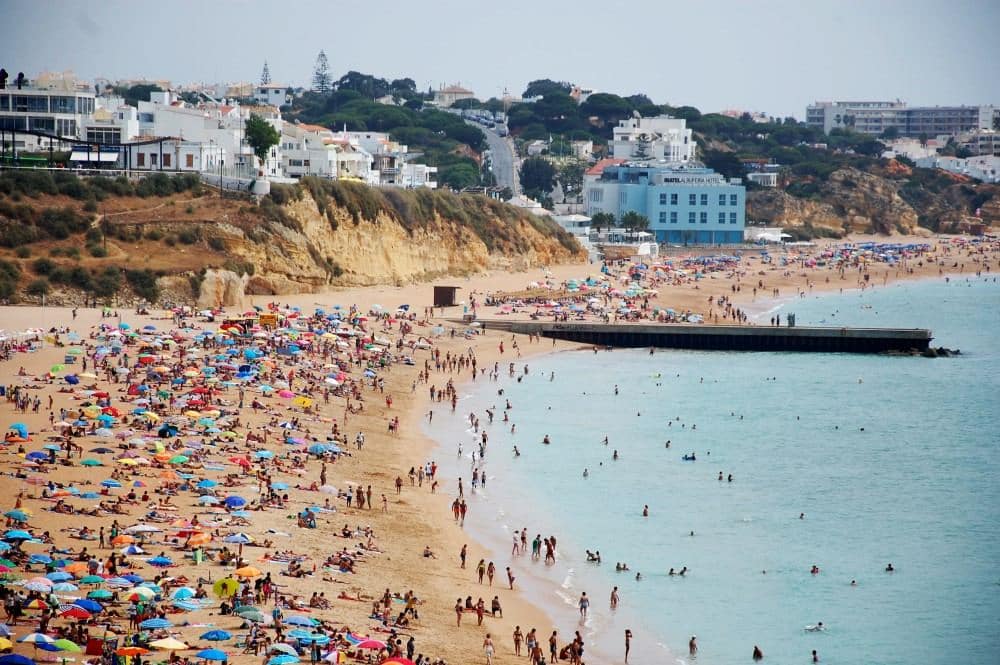 Predictably as the world goes on holiday, Portuguese nationals have been flocking to the beach as way of coping with this week’s blistering temperatures.

But instead of ‘understanding’ that this is what people on holiday do, national entities have been complaining that “no-one is listening” to their advice.

The peak hours which health authorities say are much too dangerous for people’s skins are the times when almost every beach is packed, explain reports today, rubbing salt into the situation by interviewing beachgoers who say they “only use a factor 6 sunblock, or perhaps an 8” when again authorities have been ramming home the importance of lathering on a factor 30 “at the very least”.

Doctors interviewed see this lack of heed to all the advice as ignorance.

“People simply don’t understand the effects of the sun”, says Rui Nogueira, president of the association of general and family medicine.

“Skin cancer is an all too frequent reality”, he added, repeating the mantra that particularly old folk and children should be staying indoors “between the hottest hours”.

With the Algarve still set to avoid the worst of the heatwave’s stultifying temperatures, the good news is that today could be the peak of this extraordinary heat.

Tomorrow is likely to register a minute drop, Saturday too, say some reports. Others however suggest temperatures are set to go on rising, reaching minimums of 40ºC “almost everywhere” on Saturday, and maximums of 47ºC.

The big question is can the country get through all this without any major outbreaks of fire.

Already wildfires have sprung up in various areas, Monchique included. But up till now they have all been rapidly brought under control.

Firefighting planes dispatched last month to Sweden are now back as the country remains on a tense stand-by.

Bizarrely, Correio da Manhã reports that the association of pyrotechnic industries has registered its “outrage” at the government’s orders to ban all firework displays.

Surprisingly, we have still not made total ‘heat history’ . Says SIC this morning, in 2003, the area of Amareleja, in the Alentejo, registered temperatures of 47.3ºC. This week they are marginally lower.