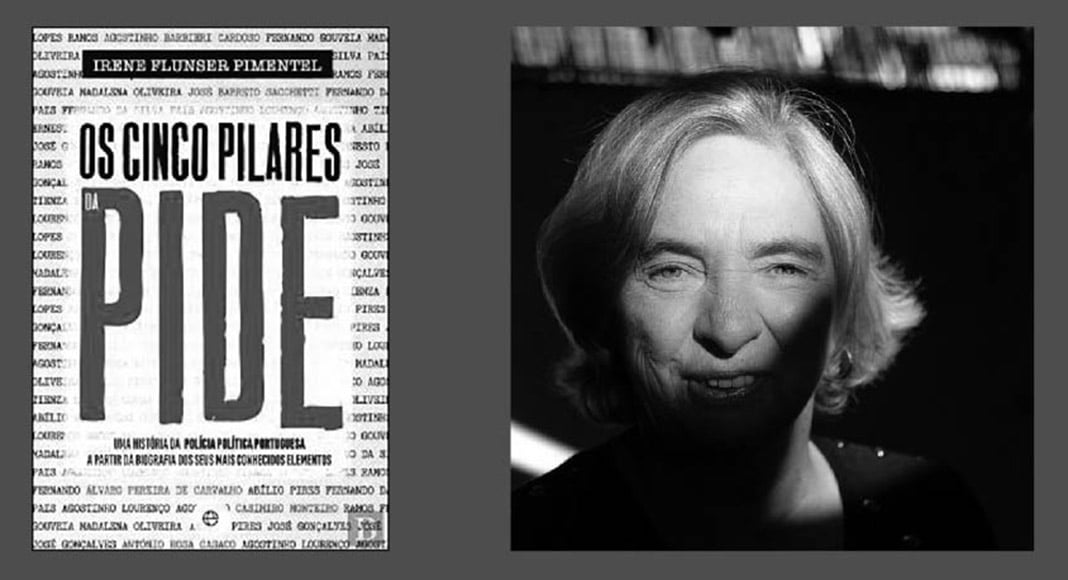 Os Cinco Pilares da PIDE is about the five most important men in the security police during the dictatorship of Salazar and Caetano. Irene will be presented by fellow writer and journalist Catrin George Ponciano.

“It’s an amazing opportunity to listen and to speak with someone with such an impressive cultural knowledge here in Algarve,” says António and his wife, Paula.

Irene Flunser Pimentel has a PhD in Institutional History and Contemporary Politics from the Faculdade de Ciências Sociais e Humanas da Universidade Nova de Lisboa. She has written several studies on the New State, the period of World War II, the situation of women and the political police during the dictatorship of Salazar and Caetano. She is a researcher at the Institute of Contemporary History (FCSH of UNL) and has a vast amount of work published in the field of Contemporary History.

“Irene is one of our most prominent contemporary historians, which is why she received the most rewarding Portuguese prize for literature, the Prémio Pessoa in 2007,” Paula says. “She is also an activist of women rights, peace between the people of Israel and Palestine, and for overall justice in the world.”

The event begins at 6pm and is directed towards teachers, students and anyone interested in learning more about Portuguese history and culture. The presentation will be in both Portuguese and English (if necessary). Admission to this event is free.

For more information, contact O Templo do Tempo at 914 160 605 or villarespires@hotmail.com