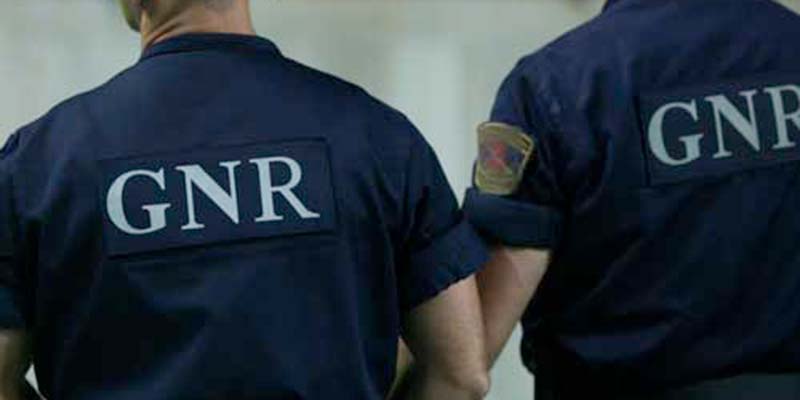 The Portuguese government has been accused of acting like a dystopian State in the “terrifying” armed police takeover of ZMar eco-resort under cloak of darkness in order to rehouse 30 immigrant agricultural workers in the context of the area’s ‘Covid-19 emergency’.

Last night, television news channels described how ‘six days into this crisis in the borough of Odemira’ the State had actually achieved nothing: infected workers and non-infected colleagues were still living cheek-by-jowl in horrendously inadequate conditions.

This may have been the impetus for what happened next: a ‘muscled GNR police contingent complete with dogs’ descended on ZMar eco-resort while all those inside were still in their beds.

Indeed, the resort believed it was still in negotiations over how the situation would play out.

Said Nuno Silva Vieira, the lawyer who represents 114 of the 160 homeowners on the resort, the storming of ZMAR in the early hours was “completely disproportionate and insensitive”.

It left homeowners already in a state of grave unease, in shock.

The GNR’s menacing arrival was “the definition of  a dystopian State”, said Mr Silva Vieira (a dystopian state is defined as one in which conditions of life are extremely bad due to deprivation, oppression or terror).

Terror is how Mr Silva Vieira encapsulated his clients’ reactions.

Pedro Pidwell, the administrator of ZMar’s insolvency “expressed an identical opinion”, reports Lusa – adding that it shows the inherent ‘bad faith’ shown by the government throughout this miserable episode.

For now, the situation remains: 30 immigrants are installed in 10 houses on the ZMar resort (having tested negative for traces of SARS-CoV-2), while 21 have been housed in the Pousada da Juventude in Almograve. They are none of them in prophylactic isolation and all free to return to work.

The infected immigrants are still presumably in their unsanitary homes (there has been no mention of their rehousing).

How this will reflect on minister for interior administration Eduardo Cabrita (who will have sanctioned this operation) remains to be seen.

The minister is already hugely unpopular and seems jinxed in that controversy follows him wherever he goes (click here) (see update below).

ZMar’s legal representatives however are now more determined than ever before to take up the way the resort has been requisitioned with the courts.

A ‘providência cautelar’ (embargo) has already been lodged  against the government’s reasoning for the temporary requisition. It may be that other actions now are set in motion.

Pedro Pidwell stressed that creditors of the insolvent resort “had been willing to cooperate”, but now that ZMar “has been occupied”, feelings have changed. “We are under siege”, he said.

The borough of Odemira has led evening news bulletins for days as a result of this and other situations involving immigrants working in agricultural explorations characterised by hectares of plastic-covered greenhouses. Two parishes – São Teotónio and Almograve (in which ZMar sits) – are under ‘sanitary cordons’.

In a debate last night, Luís Mira of the Portuguese Federation of Agriculturalists stressed that tons of produce are going to waste as a result of this crisis, because the workers are not authorised to carry out the harvesting of berry fruits that are extremely perishable. If the problems are not out soon he warned businesses would start losing contracts – and “then there will be even more of a disaster on everyone’s hands”.

As it is, the debate heard that because many of the immigrant workers are paid ‘by the day’ (ie not on contracts), they are running out of the ability to buy food.

Furious exchanges took place in parliament this afternoon, with minority parties Chega and Iniciativa Liberal calling for minister Eduardo Cabrita’s resignation. This is the 3rd, possibly the 4th time, Mr Cabrita has been told he no longer holds credibility (click here).