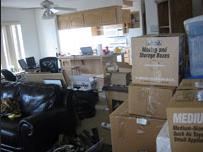 Once you have been registered and received your fiscal number card, do not be lulled into complacency. Incorrect identity information problems can create serious liabilities, as well as prove to be very expensive. There are a number of potential problems that can arise:

All registered information is presumed to be current by Finanças. However, if your lawyer applied for your number at the beginning of the property purchase process, your address may appear as his office and not where you are living. Perhaps an alternative address was used, such as a local café or a neighbour’s house during the construction phase of your new home. Such temporary arrangements are fine in the short term, but are obviously only a quick fix.

A second common problem occurs if you move house. Finanças won’t be aware of the change in address unless explicitly informed. If you have lived at your current home for several years, yet have never received a rates bill (IMI), an incorrect address is usually the most common explanation. If allowed to persist, such non-payments could eventually lead to the property being seized for back taxes.

An often related problem for non-residents is: who is listed as your representative? This is likely to be someone who was involved in the purchase of your first property. In other words, someone, who most likely is no longer an active part of your life. They may have retired, gone out of business or moved away. Meanwhile, this is where Finanças continues to send your tax demands and other vital communication, only to be returned as addressee unknown.

After a period of time, many foreigners decide to move to Portugal and become resident. However, if you are still listed as non-resident, you will not be seen as eligible for rollover relief from Capital Gains Tax (CGT) when you sell your home.

Although not yet enacted into Portuguese legislation, reinvestment in a new primary residence anywhere in the European Union should soon qualify for CGT exemption. If your address is out-of-date or your status incorrect, you will find yourself excluded from this tax benefit. Since these assessments can routinely run into tens of thousands of euros, such an oversight could cost you dearly.

Dennis Swing Greene is an International Fiscal Consultant and Senior Partner at euroFINESCO. Private consultations can be scheduled at our offices in Guia (Albufeira) on 289 561 333 and in Lisbon (Chiado) on 213 424 210, via e-mail: info@eurofinesco.com, or on the internet at www.eurofinesco.com