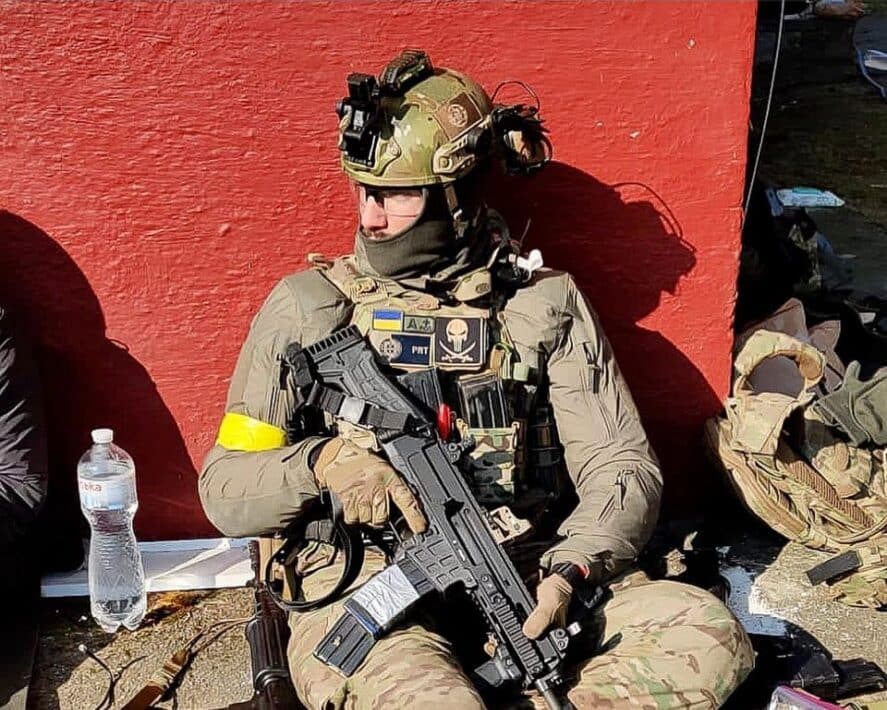 After intense speculation, MNE (the ministry of foreign affairs) has admitted that it has details of seven Portuguese citizens who have already left Portugal to fight with Ukrainian troops against the Russian invasion.

In reply to questions sent by Expresso, the MNE claims two of the citizens are dual nationals (Portuguese-Ukraine).

The five ‘fully Portuguese’ have “in the meantime manifested their desire to abandon Ukraine territory which they are already doing…” said the MNE.

Earlier this week, national media was reporting on Portuguese ‘volunteers’ already in the war zone intent on taking part in an international force focused on thwarting the Russian advance.

Some members of this force were ‘still receiving military training’. One group was at the Yavoriv military base targeted by Russian bombardment last weekend.

On Monday, there were fears the group may have suffered casualties – but they all escaped, and yesterday, images appeared over social media showing them with military equipment supplied by Ukraine and guns.

Says Expresso, another group is due to leave Portugal on Sunday (March 20). This group the paper describes as ‘extreme right wing’.

MNE however insists “vividly that due to the situation (in Ukraine) no Portuguese citizen should travel there, no matter in what capacity or for what purpose. Those that still do are asked at least to signal their travel to Consular Emergency Services” as “everyone will understand that without details or contacts it is not possible to guarantee consular protection to Portuguese nationals abroad, particularly in the war situation”.