Portugal Resident
Home Covid-19 Portuguese Covid ‘miracle’: how a Lisbon hospital saved a mother and her... 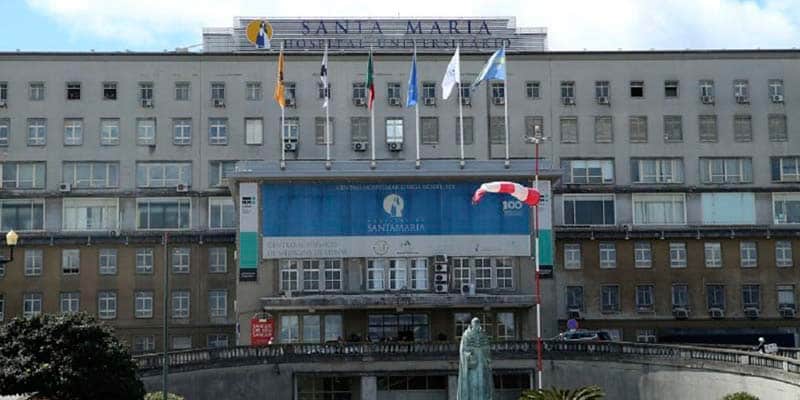 At last, a positive Covid story: the kind everyone should hold onto. 31-year-old miracle mum Elisângela Neves hopes it brings hope in these bleakest of times.

Elisângela was 27 weeks pregnant with her second child when she caught Covid. Her husband unwittingly ‘brought the virus home’ having gone to the aid of a sick neighbour. He passed to his mother-in-law, his wife, his five-year-old child. But Elisângela got it particularly badly.

She remembers going to hospital, being turned away. Going again the next day… and waking up 24 days later, “with no muscle force, unable to talk, unable to even turn in bed”.

She knew instantly ‘something was missing’: she was no longer pregnant. It took some time for the nurses around her to calm her enough to realise that everything, in fact, was all right. Her baby was alive. She was alive. It was all going to get better…

But those 24 days had been an eternity of anxiety for the multidisciplinary team at Lisbon’s Santa Maria Hospital – perfectly aware that the situation could have gone the other way.

Elisângela’s condition was so acute that she needed much more than ventilation. In an induced coma, she was submitted to ECMO (standing for extracorporeal membrane oxygenation – a form of providing prolonged cardiac and respiratory support to people whose heart and lungs are unable to provide adequate gas exchange to sustain life).

The team of specialists had no idea if the technique could sustain the lives of what were essentially two people at once.

Said one of the three ‘intensive care doctors’ in charge, “there were no other examples of similar situations in international literature” at the time that Elisângela was admitted (in November last year).

“It was extraordinarily difficult. We used the classic approach – only using the pharmacology for which there was scientific evidence”.

Even so, the 31-year-old’s condition worsened. The decision was taken to deliver the fetus at 29 weeks.

On the day the young mother was wheeled into the operating theatre, she had already developed sepsis and preeclampsia. Her baby was ‘uncomfortable’. It was now or never.

It took an hour to perform the Caesarian section, with Elisângela still deep in coma. Because of all the drugs involved, the baby was born completely sedated and without muscle reaction. He had to be intubated and ventilated, but 24-hours later he had started to breathe on his own. Following a negative Covid test the child (weighing just a little over a kilo) was able to ‘join the other babies in the premature baby unit. Then came the ‘wait’ for Elisângela to emerge from the coma.

She talks now of having “travelled a lot” in her sleep – back to São Tomé (her birthplace) and even to the Amazon (a place she’s never actually been to).

But this extraordinary story of survival against the odds at a time when all we hear about is death and despair is proof that hope really is the last thing to die.

Says Elisângela: “I want to leave a message. Covid is serious, but you mustn’t give up. Fight against it and half the battle is won. It’s not easy, but it’s possible.”

Says Expresso: “The clinical history of the two will be related in a scientific article. And the team will never forget that during the pandemic, with so much death going on, that mother and her child represent a positive message, a sign of work well done, the result of an articulation of the will and expertise of many health professionals. Everything indicates that neither mother nor child will have health consequences. Now is the time to move forwards. The worst, in this case, seems to have been left behind”.