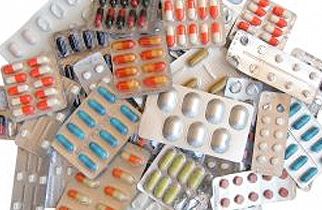 Portuguese pharmaceutical company Bial, whose cutting edge medication using a new molecule is at the centre of a drugs trial disaster, is currently developing six other new products that will all need to go for testing before commercial release.

And far from accepting blame for the tragedy that has seen one man pronounced brain dead in France, and four others in a critical condition in hospital, Portugal’s new head of INFARMED (the State authority regulating medicines) has said it is too early to make any comments.

Henrique Luz Rodrigues told Correio da Manhã that he is “concerned that a Portuguese company is involved”, but that it cannot be certain that Bial’s new molecule the reason for things going so horribly wrong.

According to Expresso, Bial – based near Porto – manufactured molecule “BIA 10-2474” five years ago. It is one of seven processes that the company is developing, none of which are ready for release on the open market.

While BIA 10 -2474 is aimed at a group of receptors in the brain and designed to work as an analgesic for chronic pain and other effects associated with diseases like Parkinson, the other new drugs are focused on “areas like arterial pulmonary hypertension, inflammation and the respiratory system”.

With national media now concentrating on the background to this story, Público concedes the accident in France could “seriously affect” Bial’s excellent reputation and “prejudice the company” that began in 1924 as a small family laboratory, and is now Portugal’s largest pharmaceutical group, with a turnover of around €200 million euros, selling to 55 countries, and a workforce worldwide of more than 950.

Bial currently has “various collaborators accompanying the situation” at Rennes university hospital, and says it is “carefully reviewing all the proceedings”.

A statement from the company has stressed that the “development of this new molecule in the area of pain (a FAAH enzyme-inhibitor) has from the beginning followed all good international practices, with the realisation of tests and pre-clinical trials, namely in the area of toxicology”.

As our story last night explained, the drugs trial that went ahead at a private French laboratory was approved by French regulatory authorities.

Público adds that it is rare for these kind of accidents in Phase 1 drugs trials, but not unheard of. A case in UK in 2006 saw six volunteers in a serious condition in hospital, one of whom had been affected to the point of being dubbed “The Elephant Man”. Others lost parts of their fingers.

The trial led to the collapse of German pharamaceutical company TeGenero, adds the paper, though the molecule under development in this case went on to be used in other trials “in lower doses” than originally envisaged.