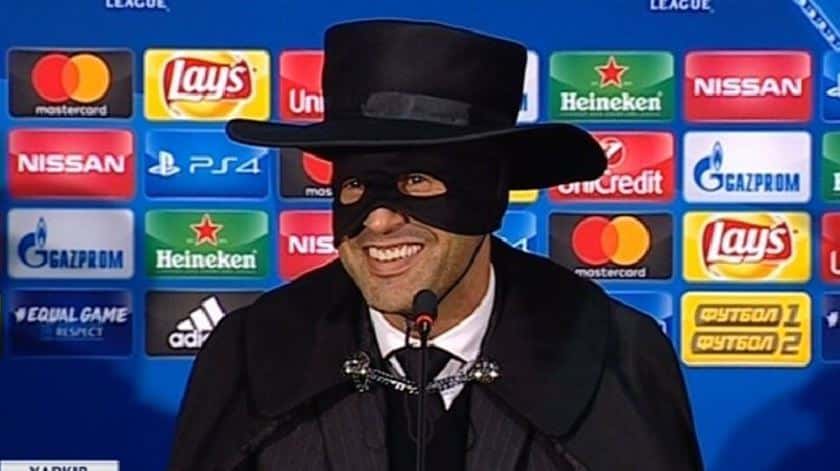 Portuguese manager Paulo Fonseca – the current coach of Ukrainian side Shakhtar Donetsk – has made headlines for dressing up as fictional character Zorro during a Champions League post-match press conference yesterday (December 6).

Fonseca had reporters in stitches after emerging with a black cape, mask and a top hat to fulfil a promise he had made if the Ukrainian champions reached the knockout stage of the Champions League.

The feat was achieved yesterday as Shakhtar handed Manchester City their first defeat in 29 matches.

“This is the most joyful news conference of my career,” Fonseca told reporters.

“I feel great joy. I think not only Shakhtar’s supporters but all Ukrainians have to be proud of our team.”

The 2-1 win over the Premier League leaders ensured that Shakhtar finished ahead of Italy’s high-flying Napoli and secured a spot in the Champions League round of 16.

Paulo Fonseca is a 44-year-old Portuguese football manager who has been enjoying great success in Ukraine, having guided the club to the national league and cup titles last year.

In Portugal, he made history by guiding Paços de Ferreira to an unprecedented 3rd place finish in the Portuguese league in 2012/13. Other notable clubs in his résumé include FC Porto and SC Braga.