Last week, Portugal hadn’t yet been confirmed on the UK’s ‘travel green list’ and the Portuguese Chamber of Commerce in UK was already predicting a “flood of British visitors” to Portugal, claiming there are more Brits now interested in living in the country permanently as opposed to just taking a holiday.

The Chamber’s General Manager Christina Hippisley has noted the pent-up demand created by the many months of Covid-19 travel restrictions.

“Every day we are receiving calls and emails from British residents just waiting to get on a plane to Portugal. The most common enquiries are about what residency options there are in Portugal for Brits now we are no longer part of Europe, followed by questions about how to move their businesses there and work remotely,” Christina Hippisley said, adding that “Portugal appeals to a relatively wealthy demographic.

“On top of its existing fan base of older, more established retirees and second homeowners, the country’s growing reputation as a tech investment and manufacturing hub is attracting a new breed of younger, working families keen to live there permanently,” she added.

The annual June 2020 report from Portugal’s immigration authorities revealed that British residents are the single largest group of foreign residents in Portugal.

“Portugal’s 2021 census, currently underway, looks likely to show a large increase in this number, given the twin pressures of Brexit and the pandemic,” the Chamber points out.

To deal with the “increasing interest in Portugal from new audiences”, the Chamber is ramping up its series of live and virtual ‘Moving to Portugal’ webinars and events over the coming weeks, culminating in the next live event, the Moving to Portugal Show and Seminars, which will take place in October 2021 in London (“circumstances permitting,” the Chamber says).

Over 6,000 people have attended the Chamber’s Moving to Portugal events in the UK and Ireland in the recent past. To assess how the pandemic and the impact of Brexit have changed expectations, the Chamber has just surveyed its database of visitors.

Its findings show that 59% of respondents are looking to move permanently to Portugal, seeking a “healthier, less stressful lifestyle as the pandemic hopefully recedes”, while 63% want information on tax planning, pensions, and Portugal’s healthcare system before leaving the UK.

More than half of the respondents (57%) are planning to move within 12 to 24 months, and 37% of respondents are interested in moving their business to Portugal or starting a new business there.

Meanwhile, demand for second homes is also on the rise – 28% of those surveyed were considering buying a second home in Portugal, with 37% already being frequent visitors. Furthermore, 69% are looking to spend between €250,000 and €1 million on a property.

The Algarve still tops the list of preferred areas, followed by Lisbon and the more rural centre of Portugal.

For more information on the next Moving to Portugal events, visit www.movingtoportugal.org.uk or email info@portuguese-chamber.org.uk 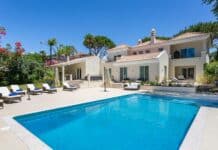 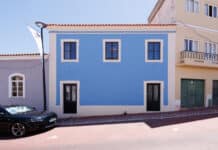 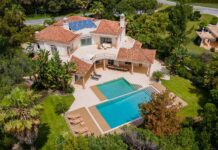 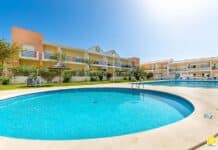 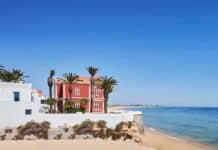