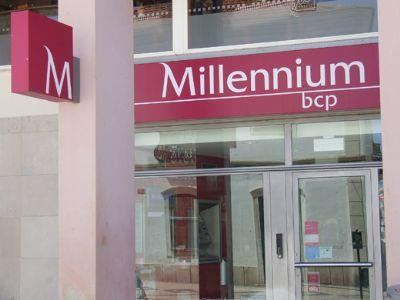 Despite not suffering the scale of losses seen by United States and British banks, the Portuguese banking sector saw 40 per cent of its profits wiped out last year.

Although faced with a combination of particularly difficult circumstances in terms of the international financial crisis, lack of liquidity and internal scandals and boardroom scuffles throughout 2007 and the first half of 2008, the Portuguese banking sector faired better than many of its counterparts in larger, more economically powerful European neighbours.

This is largely because the Portuguese banking sector did not, because of its small scale, invest heavily in high-risk, complicated financial vehicles and hedge funds derived from the United States sub-prime mortgage market resulting in the now so-called ‘toxic debts’.

Millennium bcp, which endured months of instability because of boardroom struggles over the reluctant departure of its founder Jardim Gonçalves last year, mal-administered funds and less than transparent offshore business deals, not surprisingly suffered the worst results, seeing its liquid assets plummet by 64 per cent from 563 million euros to 201 million euros.

BPI too had a difficult year following its failure in 2007 to take-over Millennium bcp in a hostile take-over bid as well as its previous failed merger with BES.

BPI saw its profits shrink by 58 per cent and in 2008 and shares shrivel by 15.4 per cent since January, making it extremely vulnerable to a take-over bid from a larger Spanish entity such as La Caixa which opened a delegation office in Lisbon two years ago and is now seeking an opportunity to expand its operations in the Portuguese market.

And with less than optimistic news coming out of the United States Federal Reserve and continued shock-waves from troubled United Kingdom banks, the outlook for 2009 for Portuguese banks in terms of share values, profits and liquidity does not look over optimistic despite record levels of savings deposits from a worried Portuguese public.