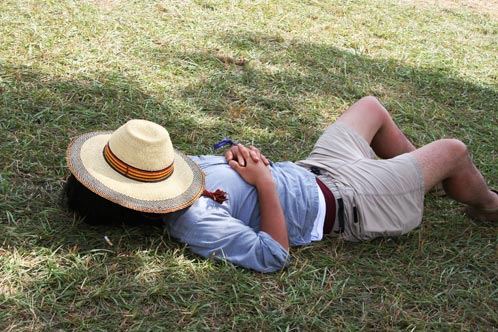 Only 36% of Portuguese people exercise regularly, according to a European study that places Portugal as the third least active population in the European Union (EU).
The data is included in the EU’s Eurobarometer on Sport and Physical Activity, which also reveals that 59% of EU citizens “never” or “seldom” exercise.
Androulla Vassiliou, the European Commissioner for Sports, said “these results confirm the need for measures to encourage more people to make sport and physical activity a part of their daily lives.
“This is crucial, not only in terms of an individual’s health, wellbeing and integration, but also because of the significant economic costs resulting from physical inactivity.”
She guaranteed, however, that the EC is committed to helping State members encourage their population to keep active.
Northern Europeans, however, appear to have taken heed of the message ‘a healthy body in a healthy mind’. The barometer found that 70% of Swedes exercise at least once a week, a percentage which is only slightly above Denmark (68%) and Finland (66%).
On the other hand, the ‘laziest’ people were found in Bulgaria, where 78% of the population never or rarely exercise, followed by Malta (75%) and Portugal (64%).